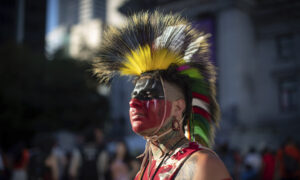 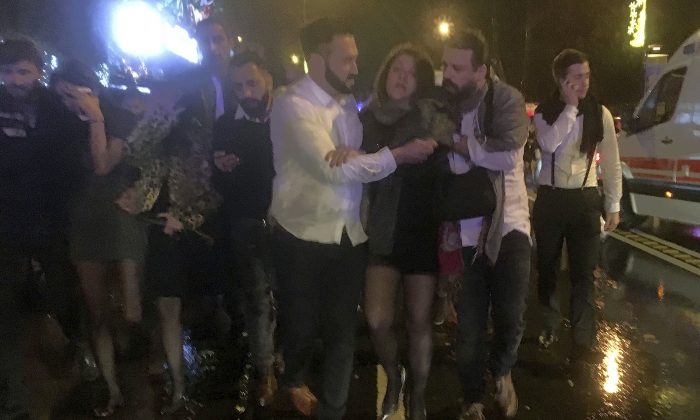 People leave the nightclub, the scene of an attack in Istanbul, early on Jan. 1, 2017. An assailant believed to have been dressed in a Santa Claus costume and armed with a long-barrelled weapon, opened fire at a nightclub in Istanbul's Ortakoy district during New Year's celebrations, killing dozens of people and wounding dozens of others in what the province's governor described as a terror attack.(DHA-Depo Photos via AP)
International

Anadolu Agency says no one was hurt in the attack late on Sunday in the town of Cinar, in the mainly-Kurdish Diyarbakir province.

The agency says security forces launched an operation to catch the alleged assailants.

The rebels of the Kurdistan Workers’ Party, or PKK, have regularly targeted police and other security forces after a fragile peace process collapsed in 2015. Kurdish militants linked to the group have carried several deadly bombings in the country.

The group, which has been fighting for Kurdish autonomy in southeast Turkey, is considered a terror organization by Ankara and its western allies.