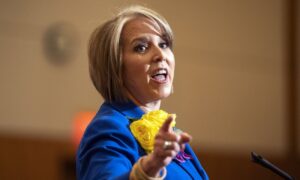 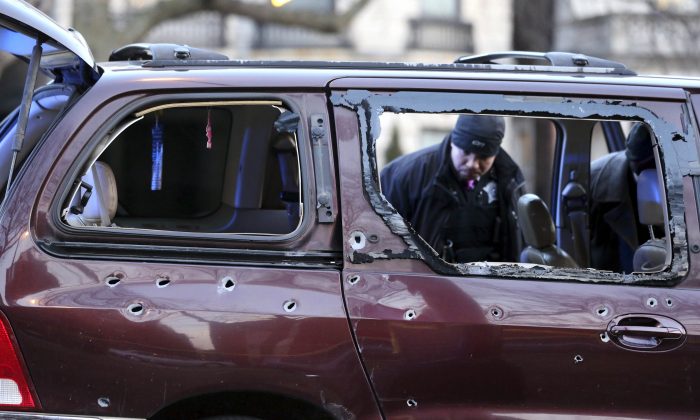 In this Jan. 19, 2016 photo, Chicago police investigate the scene where multiple people were shot on the city’s South Side. Chicago police said Monday, Feb. 1, 2016, the number of homicides in the city climbed dramatically in January to 51, in the bloodiest start to a year in at least 16 years. They said there were 22 more homicides this January than in January 2015 and that the number of shooting incidents during the same period more than doubled to 242. (Chris Sweda/Chicago Tribune via AP)
US

CHICAGO—Chicago police are reporting a dramatic spike in the number of homicides and shootings in the city’s bloodiest January for at least 16 years. It’s another blow to a department that has struggled to regain public trust following the damning release of a video showing a white officer fatally shooting a black teenager.

Chicago has been a national symbol of gun violence since at least 2012, when the number of homicides climbed past the 500 mark, far higher than any other U.S. city. With the department initiating a number of crime-fighting measures and spending millions of dollars on police overtime, the city saw the total fall closer to 400 than 500 in each of the next two years, and 2014 ended with the fewest homicides in decades. But last year the number of homicides and shooting incidents rose yet again, and the bloodshed has continued this year.

There has also been growing concern that the rising crime rate in Chicago, and around the country, can be linked to less aggressive policing in the wake of high-profile officer shootings, some of which were caught on camera and inflamed public outrage.

Last fall, Chicago Mayor Rahm Emanuel said he believed that some officers had gone “fetal” out of fear that scrutiny of their actions would land them in serious trouble, pointing out that that highly charged incidents such as the death of Freddie Gray while in police custody in Baltimore had made officers more tentative.

In November, Chicago was forced to deal with one of the biggest crises in the police department’s history—and of Emanuel’s political career—sparked by the release of a video showing a white officer shooting black teenager Laquan McDonald 16 times. Officer Jason Van Dyke has since been charged with murder in the incident, Superintendent Garry McCarthy has been fired and the U.S. Department of Justice has launched a civil rights investigation into the department.

But whether the release of the video has contributed to the dramatic increase in homicides and shooting incidents in January remains unclear.