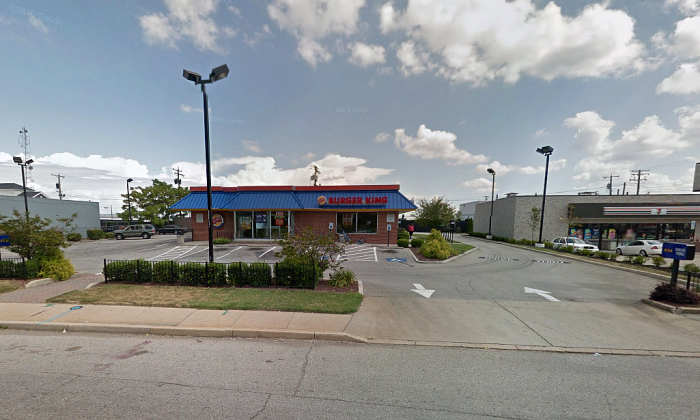 The Burger King at 1735 Washington Blvd. and Monroe Street in Baltimore (Google Maps)
Crime and Incidents

Police said the situation unfolded at a Burger King at 1735 Washington Blvd. and Monroe Street.

T.J. Smith, a spokesman for Baltimore Police, in an update at around 2 p.m., said that officers “spotted an individual” who was wanted for a recent rape at around 11 a.m. local time.

“Officers tried to initiate a traffic stop on that person, and the person fled … the pursuit went on for a period of time” but ended when the suspect’s car crashed into another car, Smith said, according to a live feed posted by the Baltimore Police Department.

He fled with a handgun and entered the Burger King, Smith said.

The “ultimate goal” is to end this peacefully for all parties. The SWAT team is on the scene, and the area has been cordoned off, Smith explained.

The name of the suspect has not been released by police.

“We’re taking all kinds of precautions here,” Smith said, adding that “safety is No. 1” priority.

Police are also trying to keep the lines of communication open with the suspect.