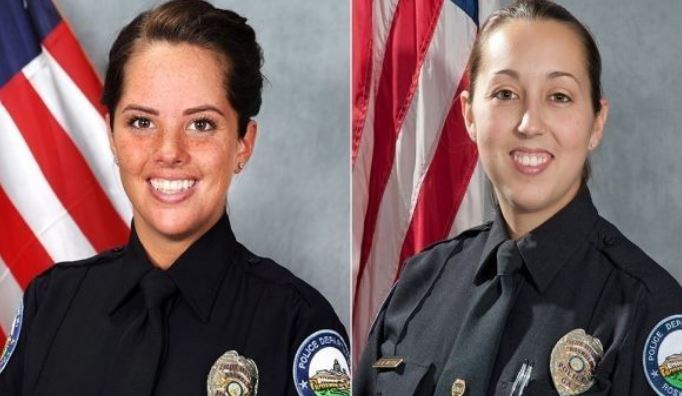 Two Georgia police officers have been fired after getting caught on camera flipping a coin to determine whether or not to arrest a woman.

Sarah Webb was speeding past a police officer inside a cruiser, so the officer pulled her over.

Courtney Brown, the officer, decided to add a charge of reckless driving to speeding because the pavement was wet.

However, Brown then noted that her speed radar gun wasn’t working correctly, and Kristee Wilson, the other officer on the scene, noted that neither of them happened to have tickets on them.

That’s when Brown opened a coin flip application on her phone and laughed.

The pair then discusses the terms of the flip.

The flip actually landed on the one the pair decided would “release” Webb, but they arrested her anyway.

“Wow, these people put my freedom in the hands of a coin flip,” Webb told NBC 11. “And that’s disgusting.”

The traffic stop happened in April but Brown and Wilson weren’t placed on administrative leave by Roswell officials until June.

“This behavior is not indicative of the hard-working officers of the Roswell Police Department,” Roswell Police Chief Rusty Grant said in a statement.

“I have much higher expectations of our police officers, and I am appalled that any law enforcement officer would trivialize the decision-making process of something as important as the arrest of a person.”