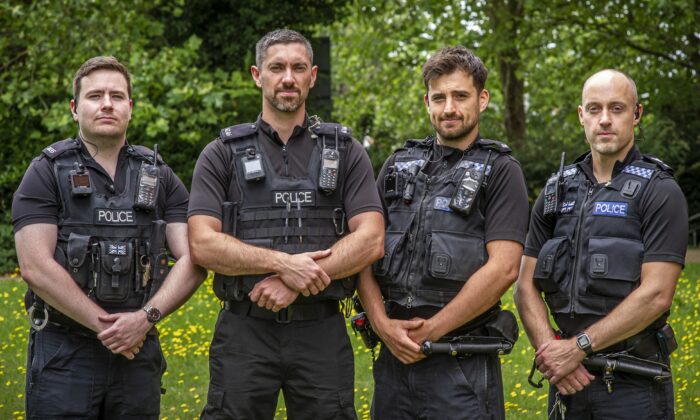 Four police officers who chased and tackled a knife-wielding terrorist unarmed in Reading are to be recognised for their bravery.

Their bravery is to be celebrated alongside 10 other colleagues at Thames Valley Police’s Annual Bravery Awards on September 9.

PC Packman, who had only been an officer for two years, was off duty in Forbury Gardens when the incident occurred and immediately ran after the attacker.

He said: “I was sitting on the grass, facing towards where the victims were and I don’t know what got my attention first, I think it was a scream.

“I looked up and there was the suspect and he was going around the group who were sitting on the floor, stabbing them. I shouted ‘Knife!’”

As the attacker ran off out of the park, PC Packman called the police before chasing after him without protective equipment.

Unarmed uniformed response officers PC Steele, PC King, and Sgt Watkinson saw Saadallah running towards them, “rugby tackled” him to the floor and restrained him—without knowing if he was armed.

PC Steele said: “En route we started getting all the information that it was multiple people being stabbed … as we were coming down Friar Street I saw the suspect running down the road with blood covered all over his hands.”

PC Packman said despite his lack of protection and the danger of the situation, “adrenaline took over.”

He said: “I just did what I thought was best to do at the time. I don’t know if I believed it.

“My first thought was just to keep an eye on him and make sure he doesn’t get away.”

Speaking about the award, he added: “I felt very honoured when I got the email saying that I’d been nominated for the Bravery Awards—and I’m very glad some of the other officers involved got recognition as well.”

Three other people—Stephen Young, 51, Patrick Edwards, 29, and Nishit Nisudan, 34—were also injured before Saadallah threw away the 8-in knife and ran off.

Saadallah was handed a whole-life sentence in January after he pleaded guilty to three murders and three attempted murders.

Craig O’Leary, chairman of Thames Valley Police Federation, said: “The phrase hero is often bandied about far too easily. But these fabulous four officers are just that. Complete and utter heroes.

“This man was a terrorist. These officers were unarmed and stopped him in his tracks before he could cause anyone else any harm.

“The actions of James—who let’s not forget was off duty—Iain and the two Liams were exemplary and in the highest standards and traditions of the British police service.

“They acted selflessly and with immense bravery in order to protect the public from the possibility of further attacks. We could not be prouder of them.”