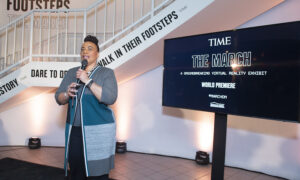 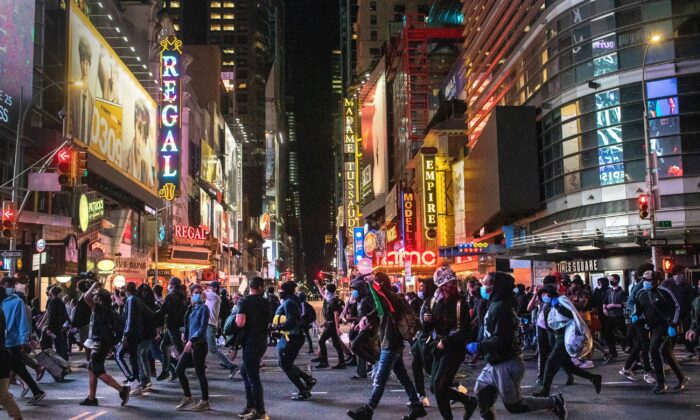 Police Officers Rammed by Cars in New York Amid Riots

Drivers rammed police officers with their vehicles in separate incidents in New York overnight amid riots that featured arson, looting, and violence.

The law enforcement officers scattered, but a trooper and officer were hit, according to officials.

After being rushed to the hospital, the trooper was determined to have serious but non-life-threatening injuries, New York State Police said.

Both officers were hospitalized and in stable condition, Buffalo Mayor Byron Brown said.

“It is being investigated right now,” he said in an interview with WIVB. “We know that people are angry and hurting about the shooting of George Floyd in Minneapolis. That there is anger about racial injustice and inequality, but we need people to be very thoughtful about what they are doing,” he added, referring to the ongoing COVID-19 pandemic.

The mayor called for peaceful protests and said no one should be outside after dark.

Floyd, an unarmed black man, wasn’t shot. He died while in police custody after being arrested on Memorial Day. Videos showed him pinned to the ground and autopsies showed the manner of death was homicide due to being deprived of oxygen.

Erie County Executive Mark Poloncarz said in a statement that the driver of the vehicle was in custody, as were multiple people who were riding in it. They were later identified as Deyanna Davis, 30; Semaj Pigram, 25; and Walter Stewart, 28.

Davis was charged with aggravated assault upon a police officer, among other charges. Pigram and Stewart were arraigned on several charges, including criminal possession of a weapon.

John Evans, the president of the Buffalo Police Benevolent Association, told the Investigative Post: “These are treacherous times. We are unified against these terrorists.”

In a separate incident, two people were struck by bullets, Brown said.

Another officer was hit by a vehicle early Tuesday in New York City’s Bronx borough.

Video footage showed a dark-colored car speeding toward an officer who was standing at a crosswalk on the road, and striking him. The force caused him to hit another vehicle that was driving alongside the other car before landing on the ground.

Both vehicles sped from the scene as bystanders rushed to the officer.

The police sergeant, who wasn’t named, was rushed to a hospital and is in serious condition, officials said.

The driver of the vehicle that hit the officer hasn’t been arrested yet.