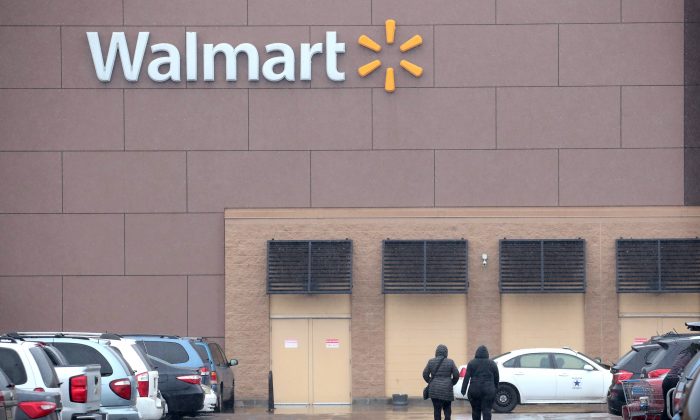 Police officers in Kansas responding to a shoplifting call last week decided to help the thief instead of arresting him.

Two Roeland Park Police Department officers responded to a call of a juvenile in custody for trying to steal work boots.

“Officers responded to the Wal-Mart and found that a displaced juvenile within the State of Kansas Justice system was trying to steal some work boots so he could get a job,” wrote Police Chief John Morris in a Facebook post.

“When the officer at the scene listened to his story, they were compelled to help. The officers bought the pair of boots for the juvenile and presented them to him after some words of encouragement to find a job, finish school, and stay out of trouble.”

“With tears in his eyes, the juvenile left with a supervisor of the group home he is staying with that had to respond to pick him up,” Morris added.

“Just another reason why I am so proud of my officers here in Roeland Park. I just smiled when I heard this story a short time ago as it almost made me cry too.”

The officers were identified as Officers Suffield and Snepp.

Roeland Park is in the Kansas City metro area and has a population of around 6,700.

The good news from Walmart comes after shoppers in multiple locations across the nation were surprised to find their layaway items paid off.

Kid Rock paid off the tabs of more than 350 families at a Nashville Walmart, he said on Dec. 7. The musician was inspired by film producer and actor Tyler Perry, who dropped more than $400,000 to pay off layaway items at Walmarts in the Atlanta area.

“So I was trying to do this anonymously, but due to some circumstances… y’all know how nothing stays secret these days, so I just wanted to go ahead and tell you,” Perry said in a video on Twitter. He named the Walmarts and added: “If you have a layaway at either place and it was in there as of 9:30 this morning… I have paid for all of your layaways for Christmas.”

In early December, New Orleans Saints owner Gayle Benson paid off 408 orders at a Walmart in the city. She spent nearly $100,000.

Several other Secret Santas have cropped up recently, including a person who paid nearly $45,000 to erase all layaway debt at a Walmart in Longmont, Colorado.