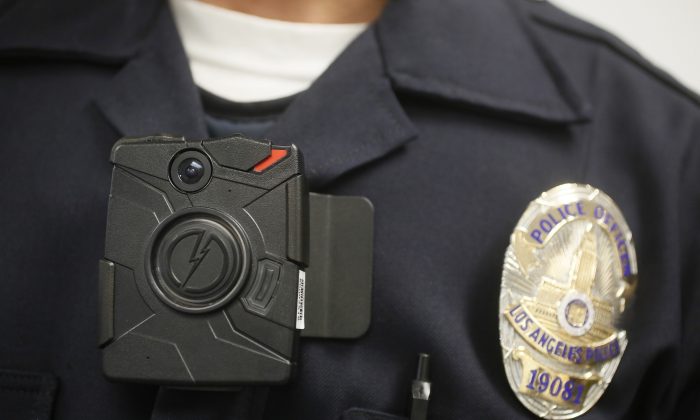 A West Virginia police officer in a file photo. (Damian Dovarganes/File/AP)
US

A West Virginia police officer who was fired from his position after refusing to shoot a suicidal man is speaking out for the first time since his termination.

Stephen Mader, formerly of the Weirton Police Department was let go from the force in June following a May incident involving the death of Ronald D. Williams Jr., 23, of Pittsburgh.

On May 6, Mader responded to a domestic disturbance call at the home of Williams’s ex-girlfriend. Upon arrival at the scene, Mader saw that Williams was armed with a handgun, which he had pointed toward the ground.

Using a calm voice, Mader requested that Williams put the gun down, to which he refused.

According to Mader, Williams began to provoke him in hopes that the officer would open fire.

“I thought I was going to be able to talk to him and deescalate it. I knew it was a suicide-by-cop” situation, Mader said.

Other responding officers arrived at the scene shortly after and one of them fatally shot Williams after he allegedly walked toward them while waving the weapon. The gun Williams was holding turned out to be unloaded.

Mader along with the other officers were given time off as is customary with officer-involved shootings. Eleven days after the shooting, Mader returned to work and was summoned to a meeting with the Weirton Police Chief Rob Alexander and City Manager Travis Blosser.

“We’re putting you on administrative leave and we’re going to do an investigation to see if you are going to be an officer here. You put two other officers in danger,” said Alexander, according to Mader.

Approximately three weeks later on June 7, Mader received a termination letter that explained the reason behind his firing was due to failure “to eliminate a threat,” he said.

The letter also detailed two other incidents where Mader didn’t follow police protocol—an April incident where Mader, along with the same officers involved in the Williams case, failed to report the death of an elderly woman as suspicious; and an incident where a woman complained that Mader was rude towards her in March.

In all three of the cases, Mader believes he acted appropriately and wasn’t at fault, but he was never given an opportunity to clarify. Out of frustration he then refused to attend a termination hearing.

Mader said he was angry when Alexander falsely stated all officers were back on the job during a press conference, and believes it was only said to maintain a positive image of law enforcement.

“I think he did that just to give the public a good view of the officers,” Mader said.

“Firing me for it, it’s less of an eyebrow-raiser then to say the other officers are justified in what they did.”

There’s been an ongoing controversy over the shootings of black men by white officers across the nation. The officers, including Mader are white; Williams is black. But Mader said that the two officers acted appropriately given the situation.

He added, “They did not have the information I did. They don’t know anything I heard. All they know is [Mr. Williams] is waving a gun at them. It’s a shame it happened the way it did, but, I don’t think they did anything wrong.”

An investigation into the police-involved shooting also concluded that the officer was justified in the killing of Williams.

An attorney for the Williams family believes Mader was fired because he refused to shoot the distraught father.

The West Virginia Civil Liberties Union has filed a state Freedom of Information Act request for information about the shooting.

“This is just the most recent case,” Interim Director of West Virginia ACLU Jeff Martin said. “And given the national conversation on [police shootings], we just felt it was time to act.”

He added, “We want to make sure police are following proper procedures.”

Though one attorney told Mader it’d be best to ask to resign, he said he won’t and has no regrets over his decision, even if it cost him his job.

“I’ll take the termination instead of the resignation because I didn’t do anything wrong,'” Mader said. “To resign and admit I did something wrong here would have ate at me. I think I’m right in what I did. I’ll take it to the grave.”