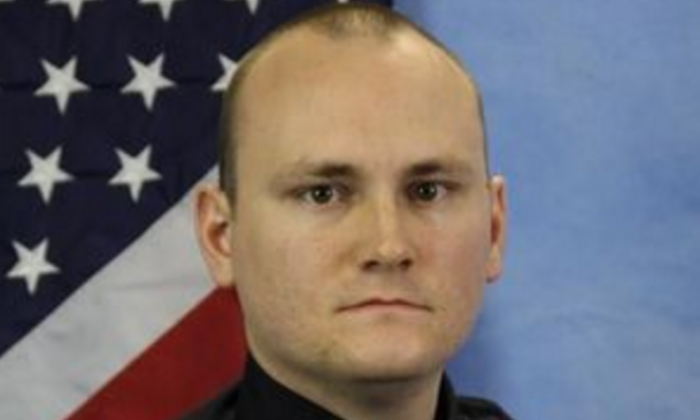 WINSTON-SALEM, N.C.—A police officer in North Carolina was recovering from multiple gunshot wounds Monday after an early-morning traffic stop led to a struggle with a motorist, authorities said.

Officer Nicholas Wayne Powell, 27, was shot around 2 a.m. after he and another officer tried to investigate the smell of marijuana from a car stopped for speeding, Police Chief Barry Rountree said. The suspect also apparently shot himself once during a struggle inside the car, Rountree said at a news conference.

Gary Lynn, 26, of Raleigh, was treated and released from a Winston-Salem hospital. He was charged with attempted first-degree murder, fleeing to elude arrest and possession of a firearm by a convicted felon and held under a $1 million bond.

It was not clear if Lynn had an attorney yet.

Powell’s injuries were not believed to be life-threatening. Police said a gunshot to his chest was stoppedby his protective vest.

After stopping the Nissan Sentra for speeding, Powell and Officer Adam Gardner ordered three men out to search them and the vehicle, Rountree said. Lynn then got back in and tried to drive away, the police chief said.

Powell reached for the car’s door and was dragged about a quarter-mile as he struggled with Lynn inside the car, police said in a news release.

There was no evidence Powell or Gardner officer fired their service weapons, Rountree said.

Powell served with the department since 2011.

The original driver of the car was charged with speeding. The other man was not charged.