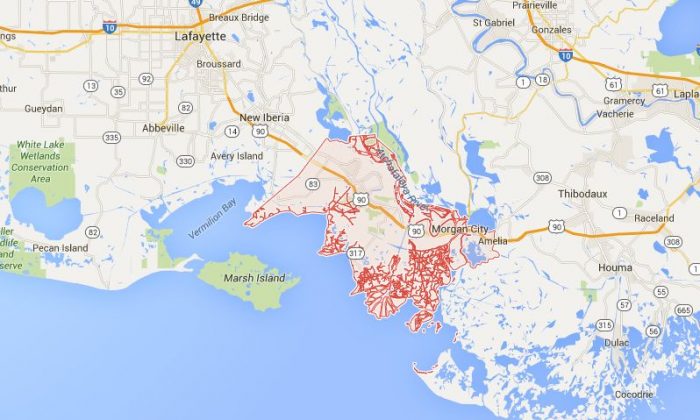 A police officer was shot along U.S. Route 90 in Louisiana on Sunday morning, according to reports.

One St. Mary Parish Sheriff’s deputy was taken to the hospital after the shooting, WBRZ-TV reported.

Deputies responded to a 911 call of a possible shooting near Route 90 between La. 318 and La. 83, according to The Advertiser.

When officers arrived on the scene at Dumesnil Road in Ashton, they found a man who had been injured.

Deputies removed the man from the scene, and he was later taken to a nearby hospital.

As deputies were trying to secure the scene, they were fired upon by an unknown assailant, the sheriff’s office told the Advertiser.

I am on the scene where police and SWAT teams are working to apprehend an active shooter in St Mary Parish pic.twitter.com/sJItYlZ9oa

While evacuating the location, they were fired upon again.

The injured deputy was taken to a nearby hospital.

The highway in the area was closed due to the home’s proximity to the road.

According to WBRZ-TV, the suspect remains inside the home, and the situation is still active.