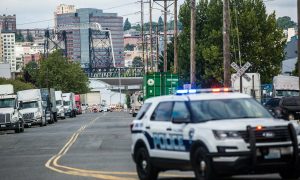 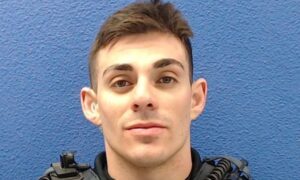 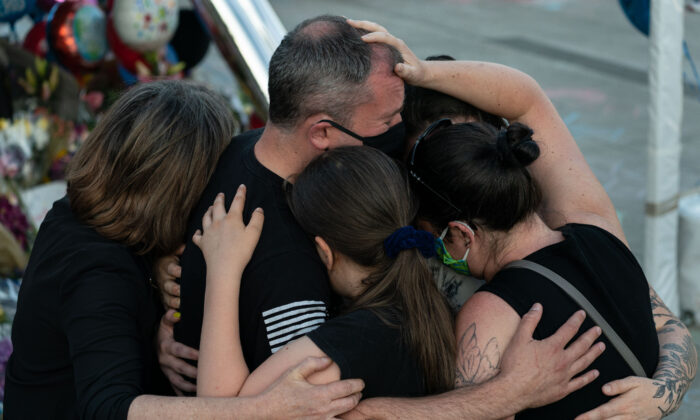 The gunshot that killed a police officer in Washington state last week was fired by a fellow officer, detectives said.

The fatal shooting took place late on July 13 after officers chased a suspect who refused to stop after being pulled over. The driver later exited his vehicle and fired on officers, who returned fire. Both officers were hit; the suspect fled. He was found later, hiding nearby.

An investigation found the fatal shot was fired by Mustafa Kumcur, a field training officer who was riding in the passenger seat as Jonathan Shoop, a student officer, was behind the wheel of their patrol SUV, the Snohomish County Multiple Agency Response Team said.

As the male suspect approached the driver’s door, Kumcur was holding his firearm, according to the team’s investigation.

“While detectives continue working on the sequence of events, it is believed the male fired two rounds into the patrol SUV. One broke the driver’s side window and the other hit Officer Kumcur’s firearm, ricocheted, and struck him in the head,” the team said in an incident report.

“It is also believed Officer Kumcur fired multiple times, with one of the shots striking and killing Officer Shoop in the crossfire.”

The King County Prosecutor’s Office acknowledged that the fatal shot was fired by another officer.

“The fact that Mr. Washington did not fire the fatal shot is immaterial to his culpability in this crime. But for Mr. Washington’s directed attack on the officers, Officer Shoop would be alive today,” prosecutors wrote in charging documents.

According to state law, a person is guilty of first-degree murder if he or she “engages in conduct which creates a grave risk of death to any person, and thereby causes the death of a person.”

Henry Washington, the suspect, is being held without bail on first-degree murder and other charges.

Washington’s Facebook profile picture shows him holding a gun. The words “Black Live Matter” are imprinted on the photograph.

As Washington led officers on a chase, he crashed into a man riding a scooter before exiting his vehicle and fleeing on foot.

Authorities said the suspect ended up on a rooftop of a nearby business, where he called a 911 center in Kansas “to advise his family that he had shot and killed a police officer.”

“When he attempted to get off the roof, the male became wedged between buildings and was taken into custody without incident. A handgun was recovered from his pants,” authorities wrote in the incident report.

Jennifer Phillips, the Bothell city manager, said the investigation points to “a tragic crossfire situation that resulted in the death of one of our officers.”

“Let us be clear, we believe the actions of the suspect led to this tragic event,” she said in a statement.

According to court documents, Jalen Irvin, the man who was struck on his scooter, told police officers that the suspect approached a police cruiser before opening fire and yelling, “Come on pig, come on pig.”

Shoop, 32, died from a gunshot wound, according to the county medical examiner’s office. He is survived by his fiance, mother, and two brothers, police said.

A woman who described herself as Washington’s mother wrote on Facebook that she was “in shock” after her son “killed a police officer and wounded another one.”

Carolyn Washington, the mother, told KOMO News that her son has a history of mental illness.

She believes he wasn’t on his medication at the time of the shooting.

“We know my son didn’t intentionally do that,” she said. “We know if he had been in his right mind, he never would have done [anything] like that.”

Washington was fired from a temp agency a week before the chaotic situation took place. He called a secretary at the business and threatened to shoot the place up, a Renton Police Department captain told KIRO 7.

“The Seattle officers had some conversation with him on the phone, but they said he was unintelligible,” Capt. Dave Leibman said. “When our officer called him, he pretty much told the officer he didn’t have time to talk and hung up on the officer.”

Because the woman decided against pressing harassment charges, police closed the case.