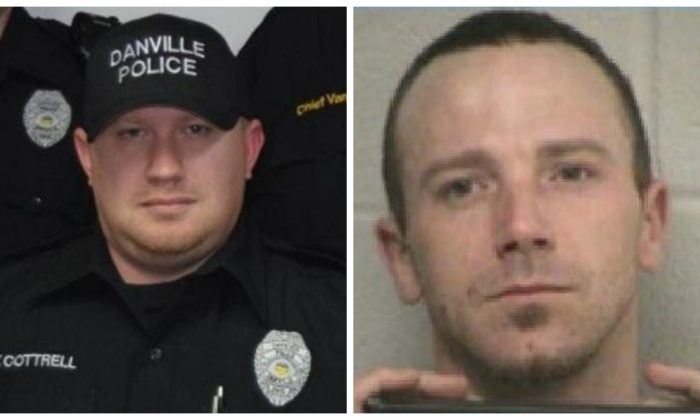 A police officer was found dead in Ohio, with police soon apprehending a suspect after his girlfriend claimed he was “looking to kill an officer.”

The Danville Police Department named the killed officer as Tom Cottrell, who was found dead at approximately 11:47 p.m. on the ground behind the Danville Municipal Building.

The discovery came after the ex-girlfriend of Herschel Ray Jones called 911 and said that Jones had left his home with weapons and was looking to kill a police officer.

A female who was with Jones was interviewed by cops but later released.

The missing cruiser was eventually found in a wooded area about half-a-mile from the shooting scene.