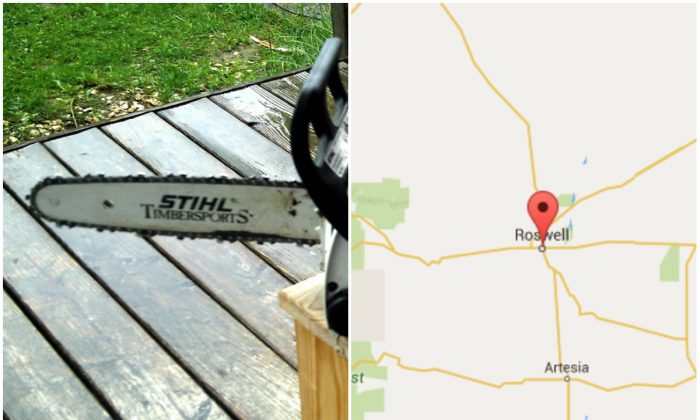 ROSWELL, N.M.—A New Mexico man is facing charges after police say he chased two women around a Roswell house with a chainsaw.

KRQE-TV in Albuquerque reports that Miguel Carrasco was recently arrested following the attempted attack with the power tool.

Police say the 44-year-old Carrasco started up a chainsaw after he and the two other women had been drinking. According to officers, the women told police Carrasco pointed the chainsaw and thrusted it toward them.

The women also told officers he chased them with the tool around a kitchen table and the house until they were able to escape.

It was unclear what prompted the attack.

Police say Carrasco was arrested after the women contacted authorities.

It was not known if he had an attorney.