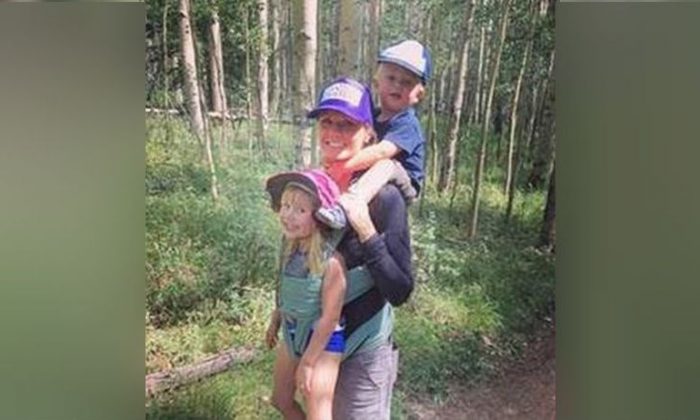 A Colorado woman died while saving her son from drowning in a lake in Utah on Tuesday, officials said.

Chelsey Russell, 33, drowned as she was holding her son above water long enough to be rescued. They were on a houseboat in Lake Powell when the toddler went overboard. She jumped in to save him, but neither of the two were wearing life vests, according to a statement from the San Juan County Sheriff’s Office.

The boat also kept on moving, and there was a “significant distance” between the two and the vessel by the time it could be brought to a stop, the sheriff’s office stated. A family member then used a smaller boat to go to the mother of the child before they both went underwater.

Russell held the boy above water long enough for him to be rescued, authorities confirmed.

“The conscious child was rescued from atop the mother’s chest however; the mother was unconscious when pulled from the water,” according to the sheriff’s office’s statement.

CPR was performed on Russell, but efforts to revive her proved to be unsuccessful. She was taken to Hall’s Crossing Marina, where she was pronounced dead.

Russell was an associate at law firm Welborn, Sullivan, Meck & Tooley. The firm posted a statement on its website.

“Chelsey was an amazing mother, an exceptional legal talent, an extraordinary athlete, a loyal and generous friend, and left us all better for knowing her. She is sorely missed,” it read.

Lake Powell is a reservoir of the Colorado River on the border between Arizona and Utah. It’s the second-largest man-made reservoir in the United States. The average depth is about 130 feet, and its maximum depth is 583 feet.