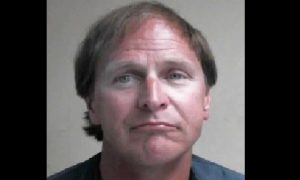 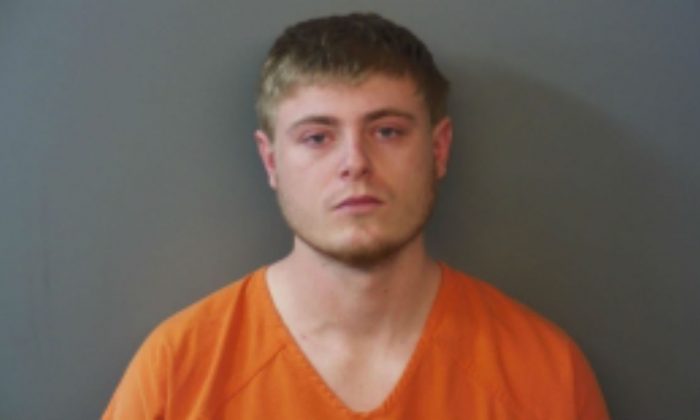 Connor Scott, 24, allegedly walked into a police station in Indiana and confessed to killing his girlfriend back in 2014, police say. (Hendricks County Jail)
Crime and Incidents

A 2014 Illinois cold case murder has been reopened after a 24-year-old man walked into a police department and confessed to the crime, police said.

Connor Scott turned himself into Danville police department in Indiana on Feb. 24 and allegedly admitted to killing his then 20-year-old girlfriend Kaylyn Whitaker, who died under suspicious circumstances on Halloween night in 2014.

She was found shot dead at Scott’s home in Martinsville, Illinois. Illinois State Police originally believed it was a suicide but after 10 months of investigation, the death was ruled a homicide. No arrests had been made in more than four years, until yesterday.

Officers say that Scott walked into the police department at around 8:30 p.m., reported WTHR citing police. He was interviewed by the local police and Illinois State Police Investigators, and eventually, a taped confession from Scott relating to the murder was obtained.

Police say a Hendricks County man has confessed to the 2014 Illinois cold case murder of his then-20-year-old girlfriend. https://t.co/ECYGYhh9u2

He was taken to the Hendricks County Jail in preparation for extradition to Illinois. Details of the confession have not been released.

Whitaker’s mother, Leslie Roberts, told mywabashvalley.com during an interview in December last year that her family was upset and frustrated at why there had been no arrests over the last four years.

“We deserve closure, we deserve peace,” Roberts said at the time. “This is a homicide case. It has been since 2015 and nothing’s being done about it, and I am angry, very angry.”

The news website obtained a copy of Whitaker’s death certificate, which lists homicide as the manner of death. The person in charge of the case at the time, Illinois Appellate Prosecutor Ed Parkinson, said in a written review: “It is my opinion that Kaylyn could not have shot herself in the location where the bullet entered her skull. The amended finding as a cause of death as a homicide best fits the situation in this case.”

Parkinson also told the news website that Scott had, at the time, been cooperative in the investigations.

“I’m not calling him a suspect because we haven’t filed any charges. He was her fiancé, boyfriend, together at the time and they were together at the time of her death,” Parkinson said. “It is true, from what we can tell that she did die gunshot wound in the company of that person.”

“She loved her family, she loved her life … And to know that it was taken from her is hard to grasp,” she added.