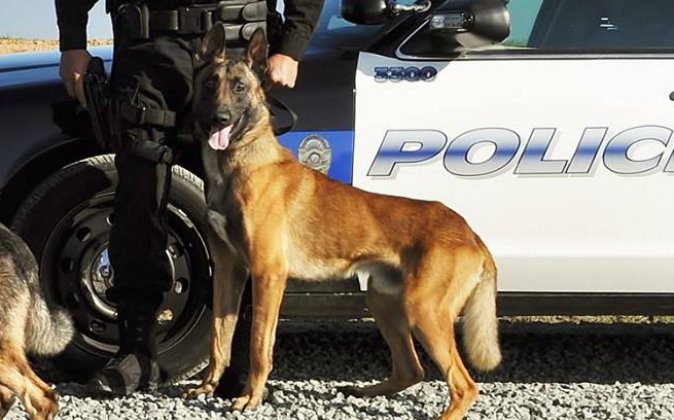 A police dog in California’s Porterville Police Department died in the back of a patrol car on June 20, the department announced Wednesday.

The K-9, named Idol, was placed in the back of the patrol car to cool down after a training session by his handler, Officer Vargas, according to ABC 30. The air conditioner was turned on at the time.

The vehicle had a warning system to alert Vargas when the temperature in the car became unsafe, but it did not activate, the station reported.

An hour and a half later, when Vargas returned to the vehicle, the car had stopped running and the air conditioner was off.

Idol had died in the back of the vehicle.

Tulare County Sheriff’s Office investigators were not able to determine the cause of the malfunctioning device, nor why the car had turned off in the first place.

Investigators said no crime had taken place, and no charges will be filed against Vargas.

“In his terms, it’s like losing a kid. They’ve been together for two years. This officer is one of our top officers, he’s SWAT, he was our officer of the year last year for the department. He’s a stellar officer, he pays attention to all the details. It’s just a tragedy,” said Eric Kroutil, Porterville Police Chief.

Idol, who became a part of the Porterville Police Department in 2014, had received praise for helping apprehend suspect Michael Wall, who was resisting arrest in March.

“Idol, began searching for Wall and located him hiding in thick brush,” the department wrote on its Facebook page. “Idol apprehended Wall, who refused to obey orders. After a medical clearance for injuries sustained as a result of the K-9 bite, Wall was booked into the custody of the Tulare County Sheriff’s Department for resisting arrest, 2 felony warrants, and 4 misdemeanor warrants,”

June’s incident has pushed the Porterville Police Department to quickly work on refitting all systems in K-9 vehicles and implement safety procedures, according to ABC 30.