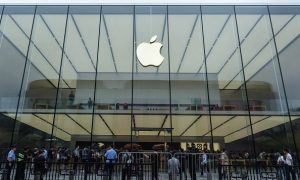 A recent trend of "distraction thefts" has been rising in major Canadian cities like Ottawa and Vancouver, prompting police to issue warnings to the public. (Pixabay)
Canada

Police forces from Ottawa and Vancouver are warning the public to be careful after a spike in the “distraction theft” tactic has been recorded in Canada.

In the past few months, the Ottawa police said that they identified no less than 30 cases of distraction theft around the city’s east end area. Vancouver police also alerted people about the trend after a 77-year-old women was recently targeted by thieves in her own backyard.

Distraction thefts typically involve two or more perpetrators, and their ploy is exceedingly simple: the thieves create a distraction for the victim, and then steal their money or valuable possessions while the victim is busy focusing on the contrived distraction. These distractions have included offering help with carrying belongings, telling the victim they’ve dropped money, or simply pointing out something for them to look at.

In the case of the elderly Vancouver woman, the thieves’ method was a little more unique. She had been doing gardening at her home when a man and a woman approached her and forced several pieces of costume jewellery into her hands. When she refused the cheap jewellery and told the two to leave, they seemed to listen to her and drove off in their car.

The woman didn’t realize until later that a valuable gold bracelet she’d been wearing had been stolen while she was distracted, according to a news release from the Vancouver Police Department.

“Distraction thieves work quickly and use the element of surprise to confuse their victims,” the VPD’s Constable Steve Addison said in the release. “They’re successful because victims often don’t realize they’ve been scammed until much later.”

The VPD said distraction thieves tend to target elderly men or women who are visibly wearing jewellery. The distraction is often created by the thief placing fake jewellery around target’s neck or wrist, then using tricky sleight-of-hand techniques to replace the real items with the fakes before eventually escaping using an accomplice’s car.

According to Addison, these thefts are quite common in Vancouver. The VPD received six reports of distraction thefts over the course of two days in March, as well as a spate of eight thefts in one month in June 2018.

“These people–they’re smooth, they’re tricky,” Addison told the Vancouver Sun. “They target people they think are going to be vulnerable.”

Ottawa’s police department has been having a similar experience. Dozens of distraction thefts–mainly ones targeting seniors in the parking lots of stores–have been reported to the department over the past few months. The thefts are taking place in the city’s east end, where thieves work in pairs or groups and use distraction tactics such as pointing out issues with the victim’s car.

In a recent incident in North Grenville, just south of Ottawa, a woman said a man had been crowding her while she was paying for her groceries using her card. Afterward, when she was putting the groceries into her vehicle, she was approached by the man and an accomplice. While one distracted her, the other took the opportunity to steal her wallet from the front seat of her car.

The woman said money was later withdrawn from her account.

Ontario Provincial Police Constable Ann Collins said it was likely one of the thieves had seen the woman’s PIN while she was entering it at the cash register.

The police are advising people to “remain vigilant” and to immediately report any suspicious encounters that they experience or witness, to not allow strangers into your personal space and to take special care to hide PIN numbers, and to be sure to lock vehicles when leaving them unattended.