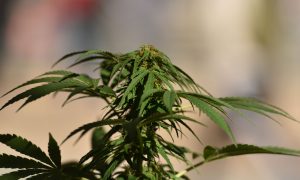 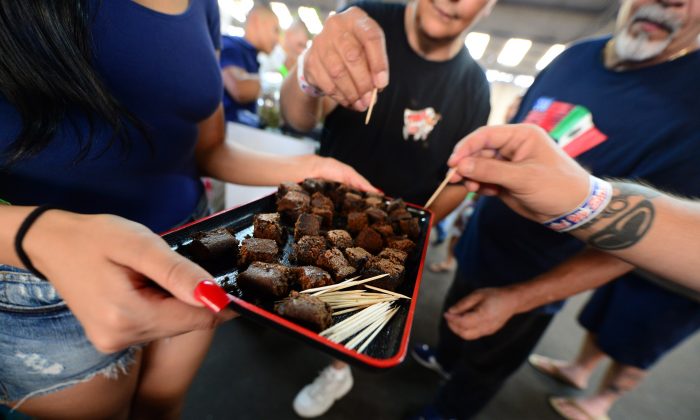 A monthly community lunch for a group of Ontario seniors took a strange turn this week after many attendees got sick from consuming cannabis-laced brownies, provincial police said March 21.

Const. Miles Loach said the seniors began seeking medical help within less than an hour of eating chocolate brownies served as a dessert option at the catered gathering at the community centre in Whitestone, Ont., about half an hour east of Parry Sound, Ont.

“There was 10 that went to our health centre because of the symptoms of being high,” Loach said in a telephone interview. “They did tests on them and found that it was marijuana that they were high on.”

Loach said police received a call shortly before 6 p.m. on Tuesday after the flurry of arrivals at the local health centre.

He said one by one, lunch attendees reported feeling symptoms ranging from dry mouth to dizziness to disorientation. A few even reported nausea and vomiting, Loach said.

Puzzled by the spike in people reporting similar symptoms, Loach said investigators began asking questions about the day’s activities. It wasn’t long before a pattern emerged.

“We got a hold of everybody who was at the meeting and the only people that had these symptoms were the ones that ate the chocolate … brownies,” he said.

Loach said the dessert was one of the offerings served at the gathering, which typically functions as a social opportunity for the community’s elderly residents.

He said police are now actively investigating to see how the cannabis-laced brownies made their way on to the menu.

Loach said that if anyone at the catering company or beyond is determined to have spiked the brownies on purpose, they could find themselves facing a charge of administering a noxious substance.

He said no such determination has yet been made, however, and the investigation remains open.

None of the seniors appeared to recognize the symptoms of cannabis at the time, Loach said. Nor did they suffer any lasting effects of their unexpected high, he said.

“Thank goodness nobody was injured,” he said. “Because if somebody had been allergic or got in their vehicle and drove and had an accident and killed somebody or whatever, then we’d be facing a whole different set of charges.”

Fortunately for the elderly, they did not break out in a psychotic episode, but their chances of doing so would double if they were to wonder the “foggy” streets of Amsterdam.

According to research, if high-potency cannabis mysteriously disappeared from Amsterdam’s smoke-filled coffee shops and streets, the number of psychotic episodes in the city would be cut in half.

That’s the conclusion of researchers who examined the link between cannabis use and psychosis, drawing on data from 11 European cities.

The research, published in The Lancet Psychiatry, showed that daily cannabis use, especially of high potency cannabis, is strongly linked to the risk of developing psychosis.

Psychosis is a medical condition characterized by hallucinations and delusions—distinct from hearing voices, paranoia, or mind-altering effect of being high on drugs.

“Observational studies and biological evidence support a causal link between cannabis use and psychosis,” said a statement from Kings College London.  “But until now, it has been unclear whether, at a population level, patterns of cannabis use influence rates of psychosis.”

The link was particularly marked in the cities of London and Amsterdam, where “skunk” is smoked at much higher levels than other European cities.

Using records, the researchers identified all individuals in the cities who had their first psychotic episode over a five-year period, including information about their history of cannabis use.

They categorized their cannabis use into two categories by looking at levels of delta-6-tetrahydrocannabinol (THC). Anything over 10 percent was “high-potency.”

They compared the 901 people with a first episode of psychosis with 1,237 healthy controls to be able to adjust for other risk factors.

Lead author Dr. Marta Di Forti said in a statement, “Our findings are consistent with previous studies showing that the use of cannabis with a high concentration of THC has more harmful effects on mental health than the use of weaker forms”

In Amsterdam, those who reported using high-potency cannabis on a daily basis were nine times more likely to develop psychosis, compared with those who didn’t use marijuana.

In London, a third of psychosis cases are the result of smoking skunk, according to the study. In Amsterdam, it is half.

Cannabis with a THC content of 14 percent or higher makes up 94 percent of the drug sold on the streets of London.

“We’ve got a problem with potency,” Nick Hickmott from the British drug and alcohol charity Addaction told the BBC. “People who regularly take lots of high strength cannabis are at risk of potentially serious harm. It can be particularly harmful for younger, developing brains.

Last year a California study found that the impact of cannabis use on skills, memory, and behavior is worse than alcohol.

The research also suggests cannabis works as a “gateway drug” by reducing the mental capacity to control the impulses associated with addictive behavior.

Three thousand and eight hundred adolescents were tracked from the age of around 13 over a period of four years.

The researchers, from the University of Montreal, are urging teenagers to delay their use of cannabis, saying it affects “important cognitive functions.”

A statistical link was already established between drug use and impaired cognition in teenagers. However, previous studies had not been able to establish that cannabis use was causing the drop in cognition.

Dr. Patricia Conrod, from the Department of Psychiatry at Université de Montréal, said, “Our study is unique in that it followed a large sample of high school students from seventh to 10th grade using cognitive and substance-use measures.”

“Using this big-data approach, we were able to model the complex nature of the relationship between these sets of variables.”

The researchers looked at year-to-year changes in substance use and cognitive development in recall memory, perceptual reasoning, inhibition, and working memory.

The Epoch Times reporter Simon Veazey contributed to this article