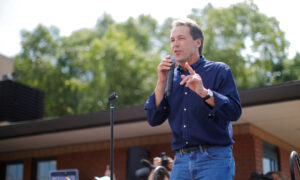 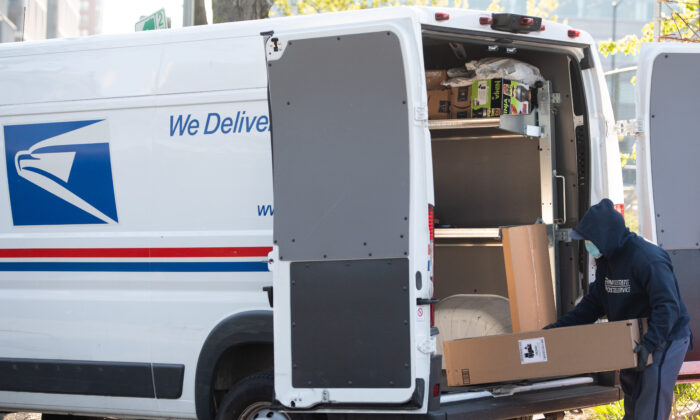 A mailman wearing a mask and gloves to protect himself and others from COVID-19, loads a postal truck with packages at a United States Postal Service (USPS) post office location in Washington, on April 16, 2020. (Saul Loeb/AFP via Getty Images)
US News

An investigation is underway after officials found piles of unopened mail in Southern California this week.

Officials responded to a call about the dumped mail at around 8 a.m. on Sept. 4. The U.S. Postal Service (USPS) asked the police to deal with a situation about “possible stolen mail or whatever was dumped in an alleyway,” Hauptmann said.

A second call about mail that was allegedly dumped was made hours later. A business owner told police that they saw a similar incident in a store parking lot near the alley, Hauptmann added.

The USPS said it will not comment on the matter, suggesting that it is being investigated.

Video footage that was obtained by KTLA in the 1600 block of Glenoaks Boulevard appeared to show a Budget rental truck backing to a gate at the 7Q Spa Laser & Aesthetics before a man gets bags of mail and tosses them on the ground.

“It was completely unusual,” 7Q owner Lilia Serobian told CNN, adding: “It’s suspicious. You start thinking, ‘OK, something is going on,’ because no one has access to all those boxes and packages.”

USPS employees were not involved in the incident, said Omar Gonzalez, the Western Regional Coordinator for the American Postal Workers Union, according to CNN.

“We wanted to make sure it wasn’t a bargaining employee,” Gonzalez said. “We talked to the Glendale supervisor and the Glendale manager and asked from where the contractors would have received the bags. That’s when they responded, telling us the Union should not speak about it.”

Gonzalez said the Postal Inspectors Office and local police are investigating the incident.