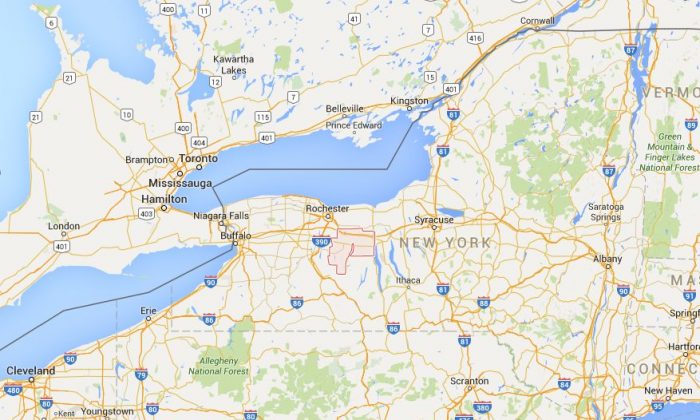 Police are searching for a man armed with a rifle who fled the scene of a car accident in Ontario County, located in western New York state.

Michael Anderson, 29, crashed his car at the intersection of Griffith and Toll roads in the Town of Phelps after he refused to pull over for police, WHAM-13 TV reported. Investigators said he took off into a nearby wooded area with “a long gun.” Officials said Anderson is wanted for questioning, reported the Democrat & Chronicle.

A female passenger in the car was taken into police protective custody and is being treated for minor injuries. Officials are trying to determine her connection to Anderson.

Anderson was last seen wearing blue jeans and a black hoodie with the words “Fat Boys” emblazoned on the front, TWCNews reported.

Authorities said that members of the public should not try to approach Anderson but should instead call the Ontario County Sheriff’s Office or 911.