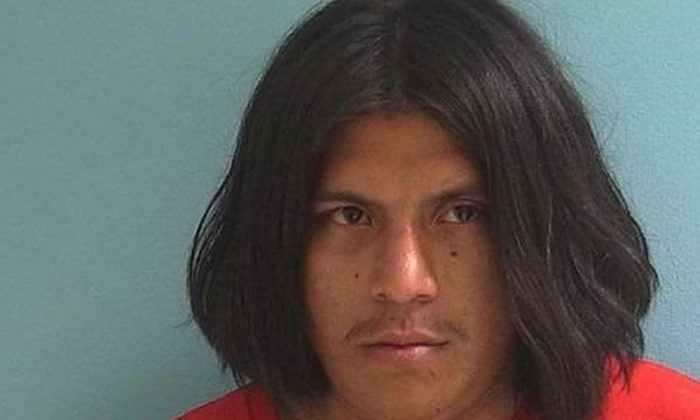 Police in Washington state say they’re searching for a “dangerous” Yakima County man who fled during a traffic stop.

The man, Francis “Frank” White, escaped on foot while resisting arrest during the stop in Yakima County, KIMA-TV reported. He was being investigated for a possible assault.

The investigation took place at around 12:20 a.m. Sunday morning when a deputy pulled over a vehicle with two men and one woman.

NBC Right Now reported that the deputy questioned three people inside the vehicle: a 28-year-old male from White Swan, 29-year-old female from Toppenish, and a 30-year-old male (White) from Wapato.

The deputy noticed that one of the men had a gun, and as that suspect was arrested, White escaped into a vineyard. The female suspect was apprehended without incident.

White, 30, is “most likely armed and is to be considered violent and extremely dangerous,” officials told KIMA-TV.

NBC reported that White might be connected to additional crimes.