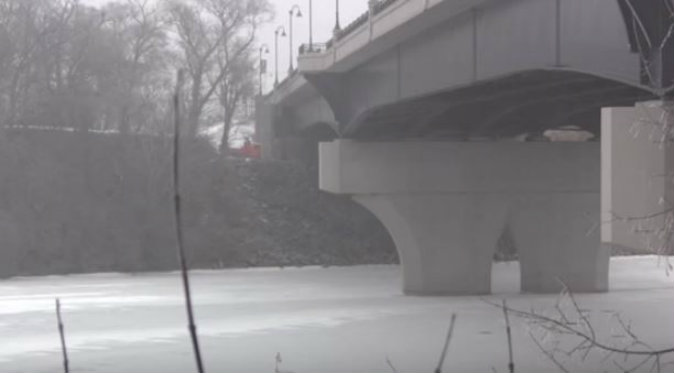 A screenshot of the bridge where the body of 21-year-old Hannah Pauline Udvig was found. (YouTube)
US

A woman’s body found on the frozen Mississippi River was identified by authorities as 21-year-old Hannah Pauline Udvig.

Police say Udvig either fell or jumped from the Granite City Crossing Bridge, with a preliminary autopsy cited as evidence.

St. Cloud officials are hoping to speak to someone who was on or near the bridge around 1 a.m. on Sunday, reported KARE11.

Potential witnesses or anyone else with information are asked to call the Stearns County Sheriff’s Office at 320-251-4240.

A walker on the bridge saw the body and alerted authorities.

The St. Cloud police department is also investigating the body of a man that turned up while they recovered Udvig’s body, noted 1037.