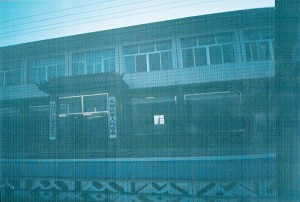 (Warning: GRAPHIC PHOTOS) [This is an updated article of the original article published on December 2, 2005.]

According to firsthand reports from one of the victims, Ms. Liu Jizhi, 51, she and Ms. Han Yuzhi, 42, were raped by a policeman named He Xuejian while in police custody. Encouraged by a fellow policeman to “beat her up,” officer He sexually assaulted Ms. Liu despite her pleas to stop. According to Ms. Liu, the assault escalated until the officer violently raped her.

During the rape, officer He repeatedly slapped Liu’s face and choked her. Her desperate cries for help went unanswered by every law enforcement official at the police station.

Immediately following Liu’s rape, He brought a second Falun Gong practitioner, Ms. Han Yuzhi, into the room and raped her as well. A second police officer, identified only by the nickname “Dajun” was present during both rapes.

Immediately after being raped, both women were forced to mop floors, wash police cars, and clean the different rooms in the police station.

Ms. Liu was held until Nov. 26 when her husband returned home from out of town and learned she had been taken by the police. He was extorted for 3,000 Chinese yuan to secure her release. The whereabouts of the second victim, Ms. Han, are currently unknown.

Ms. Liu is a resident of Xitong Village, Dongchengfang Town and mother of two. At approximately 8:00 p.m. on Nov. 24, six or seven unidentified policemen without a search warrant scaled the wall to her property and broke into her house. They ransacked her home, stole Falun Gong exercise music tapes and other Falun Gong materials, and took her to Dongchengfang Police Station.

Ms. Liu faced severe interrogation and beatings at the police station about other local Falun Gong practitioners and their activities. She was forced to squat with her arms stretched out in front of her chest while police beat her with electric shock “stun” batons and rubber clubs.

Photographs taken of Ms. Liu’s hips, thighs, and other areas on her body show large and deep blue, black and purple bruises.

Following the initial torture and beatings, the policeman named He Xuejian took Ms. Liu to a small room with other officers and savagely beat Ms.Liu, groping and shocking her with an electric baton, saying, “This is fun! This is fun!”

The rapes of both Ms. Liu and Ms. Han are still under investigation.

The CCP’s pattern of abuse against female Falun Gong practitioners

The recent abductions and rapes of Ms. Liu and Ms. Han fit a pattern wherein Chinese authorities detain potential protesters or others who might expose abuses during CCP-dubbed “sensitive periods.” These periods include times when prominent foreign visitors are in the country and/or foreign media are closely watching Chinese affairs. Activists are often detained during anniversaries of the 1989 Tiananmen Square massacre, and Chinese Christians were arrested and held during President Bush’s recent visit to the country.

On May 13, 2003, Ms. Wei Xingyan, a graduate student at Chongqing University in Sichuan Province, was raped by a policeman from the Bai He Lin Labor Camp at the Sha Ping Ba district in front of two female prison inmates.

After the policeman’s act of sexual abuse was exposed, the police transferred Wei Xingyan elsewhere, and she has been missing ever since. Every Falun Gong practitioner who helped expose the rape of Ms. Wei was sentenced to several years in prison. Chongqing University also removed all of the information about her department from the school’s website and denied her very existence.

According to a U.N. press release following his visit to China, Mr. Nowak said torture in China is on the decline in urban areas but is still widespread in China. The United Nations has been investigating cases of torture in China since Nov. 22, 2005.