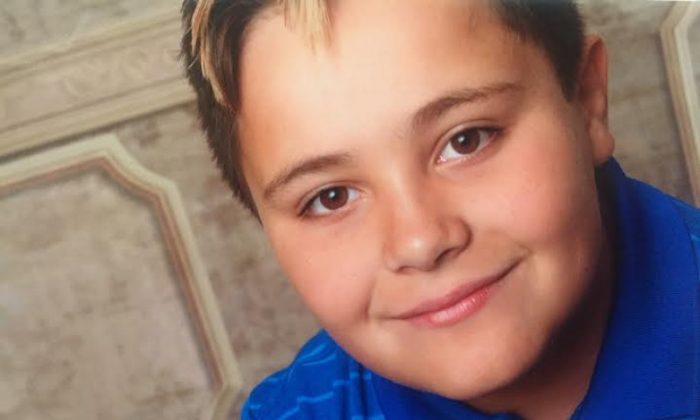 Cody Flom, the 12-year-old who died while hiking. (GoFundMe)
US

Police Identify Arizona Boy, 12, Who Died After Hike in Heat

PHOENIX — Phoenix police have released the name of the 12-year-old boy who died after hiking in triple-digit temperatures.

Authorities said Sunday that Cody Flom was hiking with an adult male Friday afternoon in the Sonoran Desert Preserve when he became ill.

The man tried to carry him off the trail and then tried dialing 911, but his phone didn’t work. Police say he left the boy to get help.

Flom was airlifted to a hospital but later died.

Investigators say the pair had 2 liters of water with them. It was unclear how long the two had been hiking.

The boy’s death comes in the middle of a summer that has yielded several heat-related deaths across Arizona.

A GoFundMe page was set up for Cody’s family. It said, “He has touched the hearts of so many people. He was such a good boy, he just wanted to make everyone laugh, and he loved his computer, kindle and video games. He was a Boy Scout, going into 7th grade this year, and absolutely loved his family and friends.” The page says that his father and stepmother “had nothing to do with the decision to go hiking that day.”

The CDC has recommendations during extreme heat:

– Drink more water than usual.
– Don’t wait until you’re thirsty to drink more fluids.
– Drink from two to four cups of water every hour while working or exercising outside.
– Avoid alcohol or liquids containing high amounts of sugar.
– Remind others to drink enough water.