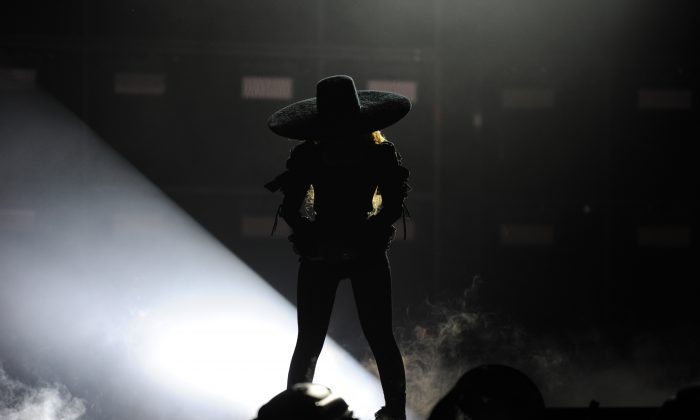 Beyoncé’s fifth stop of her Formation world tour took place at her hometown, Houston, Texas on May 7—but she wasn’t the only one who was in formation.

Members of the Coalition for Police and Sheriffs ( C.O.P.S.) held a small protest outside NRG Stadium on Saturday, where the pop star performed; It was a response to her “Formation” music video and her Super Bowl performance.

They claimed the 34-year-old singer is “anti-police.”

“Some of her performances we believe to be anti-police,” Tony Ragsdale, a member of the Pasadena Police Department and C.O.P.S., told CBS affiliate KHOU-11.

A Twitter user warned fans about the upcoming protest a day before the show.

The police group stood outside in what was believed was a silent protest, shining a large blue light into NRG Stadium.

In a rare interview with Elle magazine last month, Beyoncé said she is against police brutality and injustice but not against police, indicating that “those are two separate things.”

“Anyone who perceives my message as anti-police is completely mistaken.

“I have so much admiration and respect for officers and the families of officers who sacrifice themselves to keep us safe,” she said.