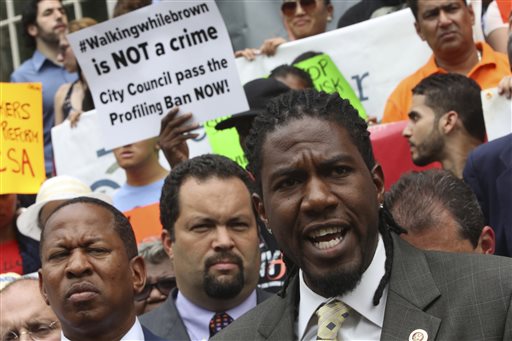 The bill—Local Law 71 of 2013—was passed when the City Council overrode a veto by Mayor Michael Bloomberg on Aug. 22. The bill allows people who believe they have been victims of racial profiling to sue individual police officers. It also allows courts to pay attorney and expert fees for plaintiffs who bring racial profiling lawsuits against police officers.

Advocates for the legislation said the current use of the New York Police Department’s stop-and-frisk tactic disproportionately affects minorities.

Bloomberg and Police Commissioner Ray Kelly oppose the law and have said that it would hinder patrolling officers from making time-sensitive decisions and deter them from fighting crime.

In a complaint filed with the New York State Supreme Court on Oct. 15, the Patrolmen’s Benevolent Association (PBA) challenged the validity of the council bill and charged that it is “unconstitutionally vague” under state and federal due process clauses.

“[The law] directly threatens the lives and safety of police officers because it chills their willingness to undertake law enforcement action necessary to protect their safety,” including stop and frisk, the lawsuit reads.

The City Council said in a statement it would “aggressively defend” the law.

“We call on both the mayor and the police unions to take a more constructive approach by working with the council to keep New Yorkers safe from crime without violating their constitutional rights,” the statement said.

When the council overrode Mayor Michael Bloomberg’s veto of the legislation, Bloomberg responded by suing the Council in Supreme Court on Sept. 3. Bloomberg’s lawsuit claimed that the state’s Criminal Procedure Law pre-empts the legislation.

The PBA complaint states that Local Law 71 “unlawfully and sweepingly prohibits all conduct by law enforcement officers that falls within vague definitions of ‘racial or ethnic profiling.’”

“We believe that the City Council overstepped the bounds of its authority with the passage of what is now known as Local Law 71,” PBA President Patrick J. Lynch said in a press release.

“The language of so-called biased policing law is unconstitutionally vague and will only serve to confuse police officers regarding its racial profiling provisions while hampering their ability to enforce the existing state laws that keep our city safe.”