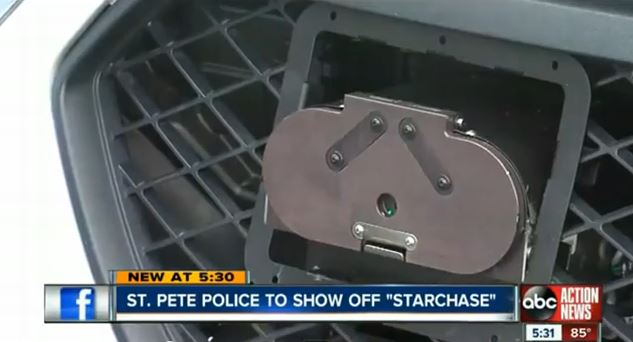 Police: GPS Tracking Bullets Being Tested in Iowa and Florida

Police are testing GPS tracking bullets in Iowa and Florida.

The bullets are already being used by some officers.

Iowa Trooper Tim Sieleman told CBS that troopers used the device earlier this month in a pursuit in western Iowa, and were able to turn off their lights and stop chasing the suspect.

“We shut it down, tracked him over into Omaha,” said Sieleman.

“If you had told me 16 years ago that I would have had a cannon on the front of my car, I wouldn’t have believed it,” he added.

The system is $5,000 and each round is $500, though. But the potential life-saving capability of the bullets make it attractive to police.

“If it works, great, if it doesn’t, we go back to the drawing board,” said Melanie Bevan, assistant chief at the St. Petersburg Police Department. The company that makes the systems and bullets is letting the department test the technology free of charge.