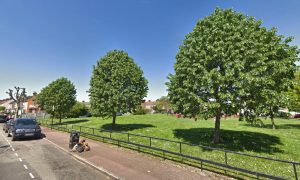 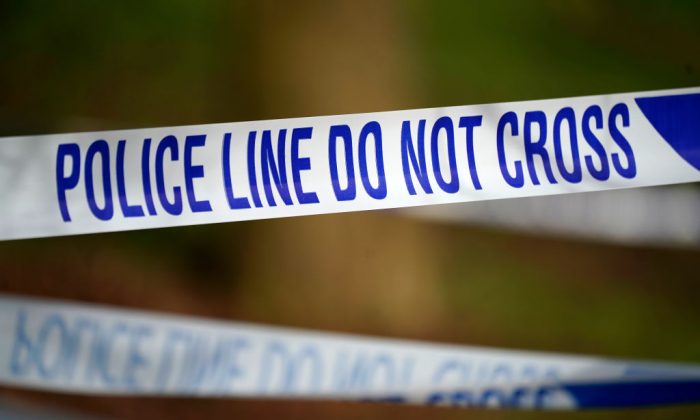 A police line is shown in this file photo. (Christopher Furlong/Getty Images)
US News

Police: Girl, 11, Charged in Death of Toddler in Her Care

SUITLAND, Maryland—An 11-year-old girl has been charged in the death of a toddler who was left alone with while her own mother, who was babysitting the boy, ran an errand, police in Maryland announced on March 1.

The children’s families were friends and the mother of 1-year-old Paxton Davis of Washington left him with the girl’s family on Saturday night, Prince George’s County police said. The next morning, the girl’s mother ran an errand, leaving the children alone at the Suitland home.

This is Paxton Davis. Police say he was killed by an 11-year-old girl who was left alone with him last week. https://t.co/UVHuiFSL9O pic.twitter.com/jva1MHsiJJ

When family members returned, they found Paxton injured and called 911, police said. He was taken to a hospital with severe injuries to his upper body and hospital staff alerted police. The boy died on Thursday.

The girl admitted to detectives that she assaulted the boy, causing injuries that led to his death, according to Prince George’s County Police Maj. Brian Reilly, commander of the department’s Criminal Investigation Division.

Paxton had been at the home before, but the girl had never cared for him before, Reilly said.

“It was an innocent, friendly agreement that obviously turned absolutely tragic,” he said.

The girl, whose name was not released, has been charged with first-degree child abuse resulting in death and committed to a juvenile facility, police said.

Detectives spoke to the girl at length, but it’s not clear why it happened, Reilly said.

This is 1-year-old Paxton Davis. He was taken off life support yesterday. Police say he was assaulted by an 11-year-old girl who was left alone with him Sunday. She now faces 1st degree child abuse charges. https://t.co/UVHuiFSL9O @nbcwashington pic.twitter.com/dYY3EGofJX

“I don’t have a motive for this. There are no words,” he said. “There’s no reason for this to take place.”

Under Maryland law, a child cannot be left unattended without proper supervision by a reliable person at least 13 years of age. Police said in a statement that any further charges would be determined in consultation with the State’s Attorney’s Office.

Charges have been filed against two Missouri day care center workers after surveillance video showing a 3-year-old girl being thrown against a cabinet went viral.

The woman accused of throwing the girl, 27-year-old Wilma Brown, was charged with felony child abuse on Thursday, Feb. 28, in St. Louis County. Relatives said the girl sustained a head gash that required seven stitches during the incident on Feb. 1 at Brighter Day Care and Preschool.

The girl’s family said they were initially told the girl fell, but five days later watched surveillance video with the center’s director that showed a worker throwing the child into a cabinet.

A warrant has been issued for Brown’s arrest. Brown doesn’t have a publicly listed telephone number and couldn’t be reached for comment by The Associated Press.

Prosecutors also charged 22-year-old Ariana Silver for a separate incident on Feb. 27 that was also allegedly captured by surveillance video. Charging documents allege Silver squeezed a 4-year-old girl’s arm and punctured her skin, and then carried the girl by her foot.

Silver is jailed on $50,000 bond. Jail records don’t show whether she has an attorney, and she doesn’t have a publicly listed home phone number.

Both women have been fired, according to Timothy Smith, an attorney for the daycare center.

Smith said the center is cooperating with investigators and “has provided exemplary, high quality educational and childcare services to thousands of children and their families for more than a decade.” The attorney said teachers and staff are properly trained, and the center works to provide a safe environment.

Child abuse is one of the nation’s most serious concerns.

Children in their first year of life have the highest rate of victimization at 24.8 per 1,000 children of the same age in the national population.

The Childhelp organization can also provide crisis assistance and other counseling and referral services. Contact them at 1-800-4-A-CHILD (1-800-422-4453).