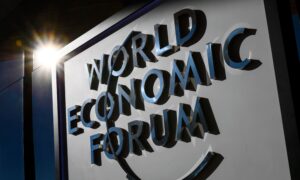 Police forces in England and Wales are in for a big shake-up, the Home Secretary announced on Monday.

The new government paper, Policing in the 21st Century: Reconnecting Police and the People, outlines measures to link police forces locally and internationally, have police commissioners publicly elected, have stop and search rules made easier, have 101 established as a national phone number for non-emergency police matters, and for civilians to become more active in community protection.

"Police have become disconnected from the communities they serve," said Theresa May in a statement to the House of Commons on July 26th. By introducing directly elected commissioners "we will transfer power back to the people", she said. They will set police budgets, determine police priorities, and will have the power to hire and fire their chief constable.

The first commissioner should be in position in May 2012.

Local crime data will be published and local beat meetings, where the public can call their local police teams to account, will be set up.

“We will return professional responsibility to police officers,” she continued. “Front-line staff will no longer be form writers but crime fighters freed up from bureaucracy and central guidance and trusted to get on with their jobs.”

She said new laws will restore police discretion over charging for particular offences and limit the reporting requirements for stop and search.

The last government tried to micro manage forces on local issues, but failed to support on the national scale, according to the Home Affairs Select Committee. The Home Secretary intends to set up a body to tackle national organised crime and protect our borders.

Consultation on police procurement to get a better deal for tax-payers money is already in progress.
She said more will be done to encourage active citizens to become special constables, community crime fighters, and members of Neighbourhood Watch groups.

A cost-effective way to set up 101 as a number for reporting non-emergency crime and anti-social behaviour will also be looked into.

“[These reforms] demonstrate our determination to undo the damage done by the Labour years and put the people back in charge and rid our communities of crime, anti-social behaviour, and disorder,” she concluded.

Commenting on the proposed reforms, Sir Hugh Orde, president of the Association of Chief Police Officers (ACPO), said in a statement, “The police service has a ‘can do’ ethos and we are ready for that challenge.

“We now need to examine in detail the government’s proposals for maintaining operational independence against the practical reality of directly-elected Police and Crime Commissioners.”

Richard Garside, Director of the Centre for Crime and Justice Studies at King's College London, said on the BBC radio Today programme that the issue of independence will be challenged as the politicisation of police forces becomes more common. He cited the case of Ian Blair, the London Metropolitan Commissioner, who resigned due to difficulties with London Mayor Boris Johnson.