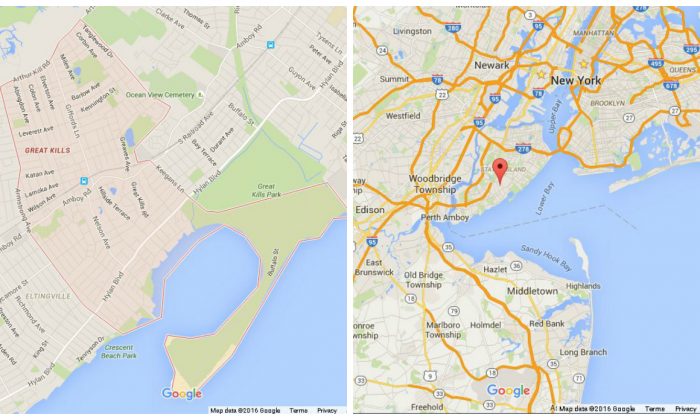 Police say a man found hanging dead from a tree in the woods in the Staten Island borough of New York may have committed suicide.

A police source told the Staten Island Advance that the body was found in a wooded area between Cleveland Avenue and Hillside Terrace that’s bordered by residential homes and Christ Lutheran Church.

“You could still see the body hanging with a white sheet covering him,” said a neighbor who accidentally walked into the woods where police were investigating the scene.

AN NYPD spokeswoman confirmed that the case is being investigated as a possible suicide.

If so, it comes just two days after police were called to West Brighton for a man who investigators believe set himself on fire in a suicide attempt. He is being treated at Staten Island University Hospital and is currently in serious condition.