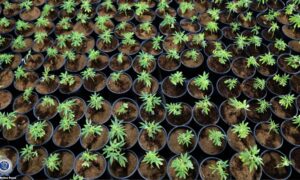 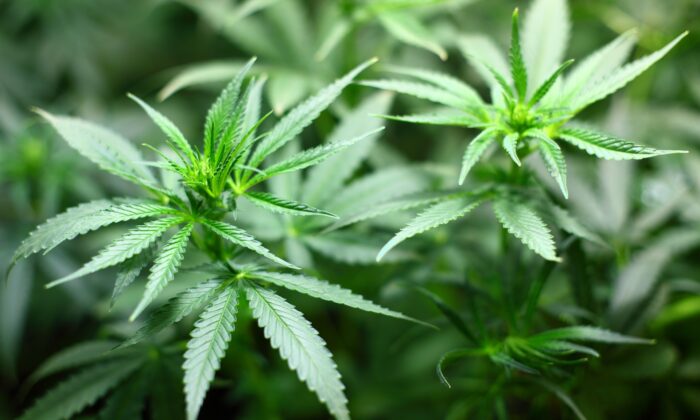 A large “cannabis factory” was discovered for the first time in London’s financial district following reports of a strong smell, City of London police said on Thursday.

Police said it was the first-ever cannabis factory found in the City, and it likely initially went undetected as far fewer people are present in the area due to the pandemic lockdown measures.

Some 826 plants have since been destroyed and the equipment dismantled by the officers.

“We have made two arrests and our enquiries continue,” the lead investigator, temporary Detective Inspector Andy Spooner, said in a statement.

“The factory is the first cannabis factory in the City, no doubt being set up in response to fewer people being out and about during the pandemic who might have noticed any unusual activity.”

In normal times, the City of London, one of 33 local authority districts of London, is estimated to have nearly 1 million people working in its 1.12-square-mile area, and is usually bustling during office hours. However, during the pandemic, the streets in the City have been quiet and offices empty due to the lockdown measures to curtail the spread of the CCP (Chinese Communist Party) virus, commonly known as the novel coronavirus.

Spooner said that the raid last week “demonstrates that City of London Police continues to actively police the Square Mile, bearing down on any crime committed here.”

Police first discovered the cannabis farm on the afternoon of Wednesday, Jan. 13, following reports of a strong smell coming from a commercial building in the City. They obtained a warrant to gain entry into the building the next day.

Photos released by police show a cannabis-growing operation with lighting and ventilation equipment in place.

Several raids of cannabis farms in London have been reported in recent weeks. Police found cannabis plants worth £1 million ($1.37 million) following a morning raid on Dec. 30 at a warehouse in Charlton, southeast London, where five men were arrested, according to Sky News.

Around the same time, 1,000 cannabis plants were discovered at a home in West Hampstead, local media reported. Local residents reported a strong smell, which they believed to be a gas leak, but instead led to the police finding the large cannabis farm.

Cannabis is currently classified as a Class B drug under the Misuse of Drugs Act in the UK, which carries penalties for supply and production of up to 14 years in prison, an unlimited fine, or both. Police can issue a warning or an on-the-spot fine of £90 ($123) if people are found in possession of cannabis.