Child Shoots Self in the Face in Wendy's Parking Lot in North Carolina: Officials
0 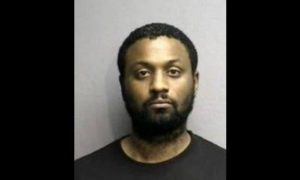 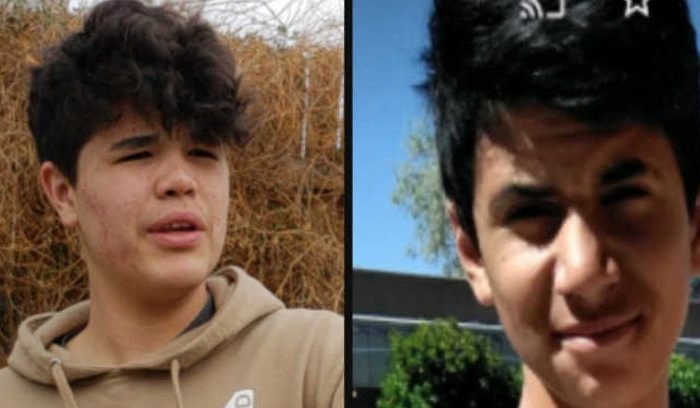 Collin Romero and Ahmed Lateef have been missing in New Mexico since Dec. 16. (Albuquerque Metro Crime Stoppers)
Crime and Incidents

The bodies of Albuquerque teens Collin Romero and Ahmed Lateef were discovered several weeks after they had gone missing, according to officials.

Romero, 15, and Lateef, 14, were allegedly involved in a drug deal that may have gone bad. Romero’s mom, Amanda Kimbrel, said a Snapchat video and photo surfaced of the pair being beaten up in West Mesa.

“I got a phone call from one of [Collin’s] friends who was very concerned about his whereabouts, said he went outside to meet a friend who was giving weed to this person and that after that, they disappeared,” she told KOAT.

“There were broken bones, and they were being pistol-whipped repeatedly, and in the back seat of the vehicle they were unconscious,” added Kimbrel.

Two bodies that were buried had been recovered over the weekend, said officials on Dec. 31. The bodies were sent to the Office of the Medical Investigator, where they were positively identified, the report said.

The teens’ causes of death are under investigation.

Lt. Keith Elder, a spokesman for the Sandoval County Sheriff’s Office told the Albuquerque Journal that officials found the teens buried near Rio Rancho. He said they’re not disclosing the exact location.

He said deputies located clothing that “contained evidence of a violent crime” in the area.

“Further investigation resulted in the discovery of two bodies that were buried and recovered,” Elder added. “The bodies were taken to the Office of the Medical Investigator and identified as Collin Romero, 15, of Albuquerque and Ahmed Lateef, 14, of Albuquerque.”

It’s not clear how long the two had been dead.

“The investigation is in its early stages and specific details about the crime are not known,” Elder said.

Police didn’t release any more details about the deaths or their investigation.

The families of the missing teens were working to search for the boys during Christmas, reported KOB4.

“I had so many plans for this Christmas,” Kimbrel told the news outlet. “This was the first Christmas I could really afford to do a lot. I had the Christmas tree up and lights, my son always wanted me to do stuff like that but, money was always an issue. This is the first time it wasn’t and he doesn’t get to see any of it.”

Police served a warrant to Snapchat and are asking for other teens in the area to give officials information about the incident. “We’re really asking for the younger community to take this seriously,” Kimbrel said.

Dozens of volunteers turned out in the search for the teens, according to local news stations.

“We understand the vast, enormous area we’re trying to cover,” said Kelen Kimbrell, Collin Romero’s grandmother, reported KRQE. “I just want to be helpful, search wherever I can search, wherever they ask me to,” said one of the volunteers.

The video, according to Crime Stoppers, appeared to show the boys bleeding “with what appeared to be broken bones.” It said that Lateef had a felony warrant for his arrest “and is an absconder of the law.”

Officials ask anyone with information about the case to contact the local Crime Stoppers at 505-843-STOP.