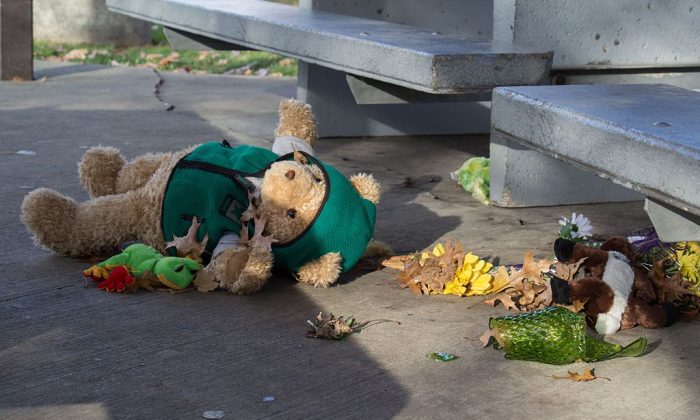 Police discovered that a 5-year-old girl was being held in a tiny closet with no food.

The girl’s grandmother called police in Randleman, North Carolina after not seeing the girl since June. Police could not get much information from the father and a woman police are calling a “caretaker.” They also could not get confirmation on the child’s whereabouts, WXII 12 reported.

The police went to the home and called out the child’s name repeatedly. Eventually, the child responded, saying she needed help. The police were concerned with the safety of the child and entered the home through a window.

“I had no clue she would look as bad as she did. Plus, I was just happy to be there because she needed a loving [caretaker] she latched on to me and just kept saying ‘don’t leave,'” said Randleman daycare owner Tracy Harrell, to WFMY News 2. “It was just shocking from seeing that healthy, clean, cute thriving child that we had all year that this is what the child looks like now.”

The child was found dirty and malnourished, with bruises and burns, and in a small 2-foot by 4-foot closet with rat poison. The police could not return the girl to the grandmother, because the grandmother was the stepmother of the father, and therefore not close enough in family relation and not a blood relative.

According to a press conference, via WXII, police said the child could not remember the last time she had eaten. The daycare worker also was shocked at the child’s condition, after seeing the child healthy in earlier months. The child was given McDonald’s to eat before being taken by the Department of Social Services. She was then brought to Randolph Hospital, and then transferred to Brenner Children’s Hospital.

Randleman Chief of Police Steven B. Leonard said it was the worst case of child abuse he had seen during his 12 years as chief.