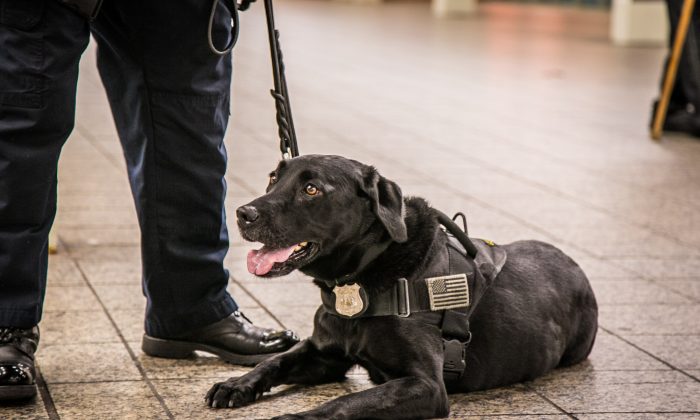 NYPD Officer and K9 partner, takes a break after patrolling the Times Square subway station in New York on May 17, 2016. (Benjamin Chasteen/Epoch Times)
Crime and Incidents

HUNTSVILLE, Ark.—Authorities say a police dog died after she was left in a hot patrol car by her handler in western Arkansas.

The 5-year-old dog had been with the sheriff’s office for three years, and the sheriff says the animal was used in drug investigations.

Last month, a police dog in Stephens County, Oklahoma, died after being left for 38 hours in a hot car and its handler was charged with animal cruelty.