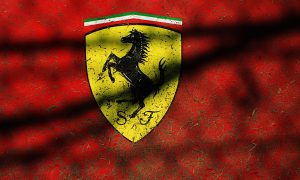 Man Crashes Ferrari an Hour After Buying It
0

When Zahid Kahn drove his $280,000 Ferrari 458 convertible to court to contest charges that he was a bad landlord, he parked most conspicuously in front of the courthouse.

Not long after, they took his car.

Though police never returned the car, almost a year later, police gave Khan a video of his car being mashed by a crushing machine.

Zahid Kahn is a British millionaire. At age 31, he thoroughly enjoys the lifestyle his wealth affords him. He purchased a gleaming white Ferrari 458 Spider to drive, and possibly, to show off his wealth a little.

Kahn drove his exotic sports car to court when he was charged by a Birmingham court with several offenses against tenants on properties he owned, in December 2016.

The young millionaire was convicted and sentenced to fines and 150 hours of community service. He returned to court in March 2017 to appeal the convictions.

Three of the convictions were upheld—interfering with tenants’ peace and comfort, failing to provide adequate smoke alarms, and a license for multiple occupancy. Khan was fined $2,800 on top of the $10,500 he had originally been fined.

Then things turned bad for him.

On April 5, Khan was pulled over by the West Midlands Police and his car was confiscated. Khan was unable to provide paperwork proving ownership or insurance, so police thought the car might have been stolen.

As it turns out, the car might have been badly damaged in an accident and condemned before Khan obtained it.

In the UK, once a car is declared Category B it is considered damaged beyond safe repair and must be scrapped, though parts from the vehicle can be used elsewhere. An insurance company has already paid off the owner of a Cat B car and the car cannot be sold.

According to posts on Khan’s Facebook page, the car had been declared unsalvageable and should never have been resold.

Khan claims he bought the car legitimately at auction, but admits he did rebuild it with parts from Ferrari.

In any case, the police had his car, and Khan had the burden of proving he had a right to own it. And for almost a year, he failed to do so.

While Khan was threatening lawsuits, the police went ahead and crushed his car to a small cube of metal and plastic.

“This is my Ferrari the police crushed unlawfully!!” Khan wrote on his Facebook page. “It has taken them almost 1 year to release the video, I wonder why? My car was insured, and I was the owner.”

One might think that if he were the legitimate owner of a road-legal car, he would have the paperwork to prove that.

Khan claimed he had every sort of documentation he needed, but still couldn’t get his car back.

One poster commented on Khan’s page, “You bought a car that was declared cat B and it was repaired with stolen parts… Please tell us more about how the justice system is at fault because you got caught with a ringer.”

Khan’s reaction to learning that his car has been “illegally” destroyed is interesting: “The police had no right to do what they did and it is very sad! This money could have gone to a good cause, as a Ferrari broken for parts is worth more then the car as a whole!”

Why is he talking about selling parts and donating the cash to “a good cause” if the car was legitimate?

In any case, Kahn has the cash to pursue justice if justice is really what he wants here. Considering how well things didn’t go the last time he went to court, he might be better off swallowing the loss and buying a new Ferrari—from a dealer.

Kahn has had a few other interactions with local law enforcement officials, one of which he recorded on Facebook.