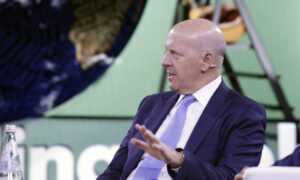 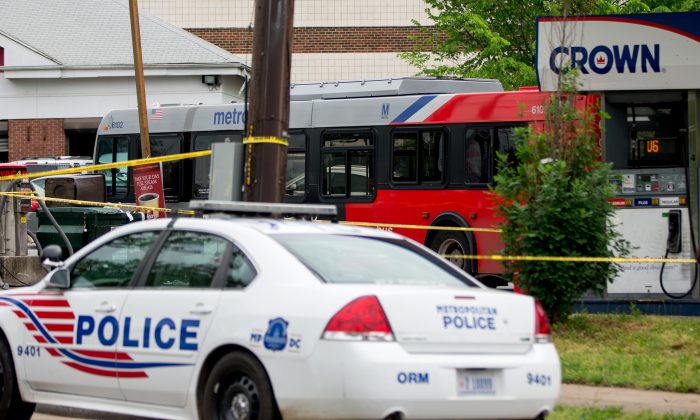 Police work at a crime scene after authorities say a man attacked a bus driver, stole the bus, then struck and killed a man after the bus jumped a curb at a gas station at the corner of Helen Burroughs Avenue and Minnesota Avenue in Northeast Washington, Tuesday, May 3, 2016. (AP Photo/Andrew Harnik)
US

Police charged a man who authorities say attacked a bus driver, hijacked the bus, then crashed into a gas station, killing a pedestrian, on the morning of May 3.

The incident, which was over in less than three minutes, according to police, took place at the corner of Helen Burroughs Avenue and Minnesota Avenue in Northeast Washington.

According to NBC4, police said the hijacker identified as Keith Loving, 30, of northeast Washington got on the bus at about 10:30 a.m. on the block of Jay street in Northeast D.C.

When the bus arrived at its next destination, Loving got up from his seat and attacked the metrobus driver with a weapon.

The driver successfully managed to get off the bus, but police said, he suffered a back injury. The injury was not life threatening and he is expected to recover.

D.C. Police Chief Cathy Lanier told NBC4 that passengers who was on the bus at the time, ran out the back door. None were injured.

Loving then drove the bus over the curb and into the gas station hitting a pedestrian.

The victim, Anthony Payne, 40, of northwest Washington, was taken to a hospital and was later pronounced dead.

Police took Loving, who was described as “distraught and violent,” into custody.

“He was violent and resisting the officers when they took him off the bus,” Lanier said.

“It’s a bizarre incident,” she added.

Late Tuesday, police announced in a news release that Loving was charged with second-degree murder.

According to a 2013 U.S. Bureau of Labor Statistics report five percent of injuries or illnesses were from violence directed towards bus drivers, down from nine percent in 2012.