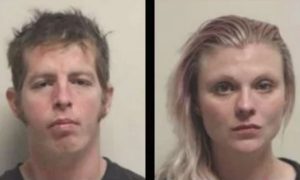 A 15-year-old girl was charged in the death of a newborn found in the trash earlier this week, according to officials.

Police originally said they had been contacted on New Year’s Eve after a woman told them she discovered a baby inside a dumpster in the Swampoodle section of Philadelphia, according to the report.

“She stopped in the street and was saying could someone help her find this baby, her daughter put it in the trash,” Byrd recalled.

The woman, Byrd added, was checking trash bags near the sidewalk. There wasn’t a dumpster, she said, as was originally reported.

Byrd said she attempted to call 911 but couldn’t get through.

“She was screaming,” Byrd said. “And then she put the baby in the backseat of her car.”

“I just saw a bunch of cops over there, taped off by the lot,” said neighbor Patsy Ann of the incident, ABC7 reported. “I called my neighbor and they said a baby was found in the lot.”

Another neighbor was saddened by the development.

“It’s hurtful, that’s what it is. Very hurtful,” noted Dawn Jackson. “Maybe she was scared and didn’t know what to do.”

Now, police want to know if someone saw what had happened.

Morris will be likely held without bail due to the murder charge, said the district attorney’s office.

Morris is “just a baby herself. But she still should have had enough common sense to not do that. There are plenty of people who have kids young. I had mine young,” Byrd told the Inquirer.

Kinebrew added that the teen’s mother has been cooperating in the investigation.

“It’s a tragic set of circumstances all around,” he said.