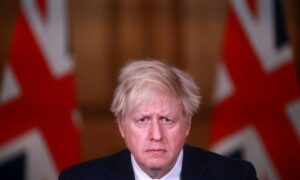 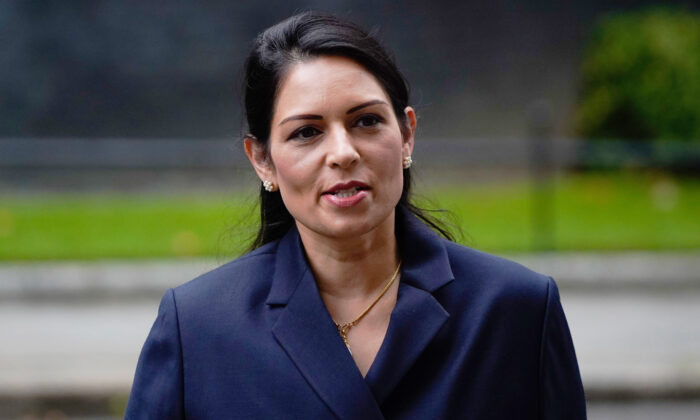 The UK Home Secretary today indicated she backed police officers checking cars and quizzing people sitting on park benches under some circumstances as they enforce new lockdown measures in England.

Police forces, including the Met Police, have said they are taking a stricter approach to enforcing the tougher CCP virus curbs as England entered a third national lockdown.

Some people raised concerns over suggestions by Nottinghamshire’s head of police that drivers could be questioned as to whether their passengers were family members.

Quizzed on this during her rounds with the media this morning, Home Secretary Priti Patel did not distance herself from the approach, saying that it was consistent with the approach taken during last year’s spring lockdown.

Patel was asked by Nick Ferrari on LBC for a “yes or no” answer on whether she supported police officers stopping motorists.

“Actually it’s not a yes or no,” said Patel. “I support the police… depending on the circumstances,” she said. “If they see a car that has travelled into a local area that is not from that local area then they’d be absolutely right to question why is that car there.

“Particularly as the advice right now is to stay at home, it is the same message that we had back in March. People should only be out for very very limited reasons.”

She told BBC Radio 4’s “Today” programme that the police had already been asking people who were sitting on park benches. “Throughout this coronavirus pandemic, during the last lockdown, the police have been asking individuals why are they out and about, and should they be out and about, when the message right now is stay at home.”

Patel told ITV that with so few reasons now allowed for leaving the house, it was “inevitable” that police may ask people for justification if they see them out and about.

The Met Police said in a statement yesterday they had instructed officers to issue fines more quickly than in the past since the public was now more aware of the rules.

“In practice this will mean that all those attending parties, unlicensed music events, or large illegal gatherings, can expect to be fined—not just the organisers of such events,” the Met said in a statement.

With the current lockdown rules allowing fewer “reasonable excuses” for people to leave their homes, the Met said that people can “expect officers to be more inquisitive” as to why people are out and about.

“Where officers identify people without a lawful reason to be away from home they can expect officers to move more quickly to enforcement,” they said.