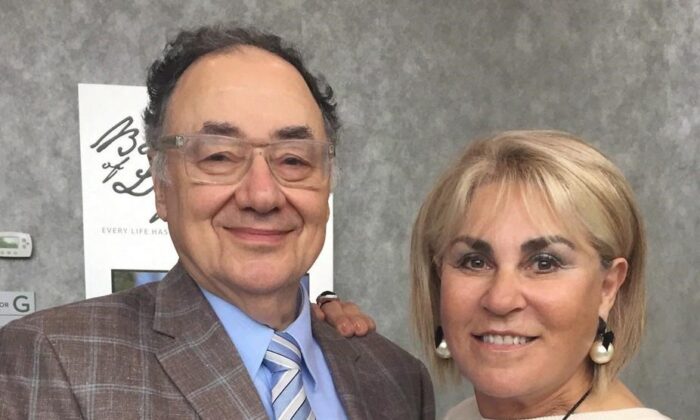 Toronto police are asking for the public’s help to identify a suspect in the murders of billionaire philanthropists Barry and Honey Sherman.

Det. Sgt. Brandon Price says police have not been able to rule out one individual who was captured on surveillance video around the time of the murders on the evening of Dec. 13, 2017.

The founder of the generic pharmaceutical company Apotex and his wife were killed inside their Toronto home.

Police have also said there were no signs of a break-in.

Price says the individual walks into the area of the Sherman house, which isn’t captured by video, and stays there a while before leaving.

“We have been unable to determine what this individual’s purpose was in the neighbourhood,” Price said.

“This invidividual’s actions are highly suspicious.”

Late last year, investigators said a person of interest had been identified in the case, but so far, no arrests have been announced.

The family offered a reward of up to $10 million for information that would help solve the case that made international headlines.

It also hired its own team of private investigators to look into the homicides.

Price said video analysis shows the individual is 5’6 to 5’9 tall, but they are unable to say the individual’s, sex, race, or other identifiers.

The video shows the individual walking with an unusual gait in his right leg.