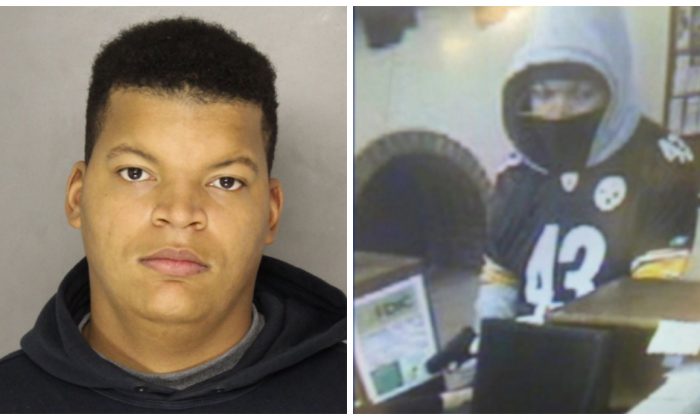 Police in Coraoplis say they’ve caught the man who robbed a bank at gunpoint.

Ethan Martin is accused of pointing a gun at two tellers and demanding money.

A witness saw two people running from the bank after the robbery, and saw them remove some clothing, reported CBS.

The tip led officers to Martin. They found a $5 bill on him which had a serial number matching one of the bills taken from the bank during the robbery.

Police say Martin ultimately confessed and led officers to a backpack he used during the crime, as well as a pellet gun and clothing.

He has been charged with robbery, receiving stolen property, possession of heroin, and intent to deliver.

Police also arrested Keith Cook, who the witness said they saw running up a nearby alley, reported the Pittsburgh Post-Gazette.

Cook was found hiding at Martin’s house, which police went to after they arrested Martin.