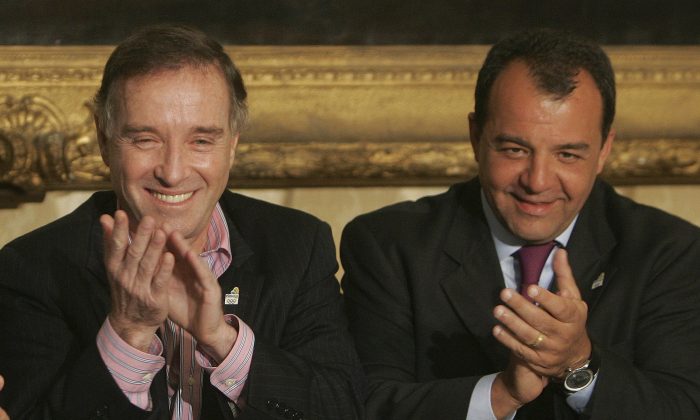 RIO DE JANEIRO—A businessman who was once one of the world’s richest people returned to Brazil on Monday to face corruption charges and was taken into police custody.

Federal police said Eike Batista was detained when he landed in Rio de Janeiro and was undergoing medical tests to ensure he is in good health. He would then be taken to jail.

In an interview with Brazilian TV, Batista said he was returning “to help clean things up.” He declined to comment on the charges.

“I am returning to respond to the justice system, as is my duty,” he said while waiting for his flight Sunday night at John F. Kennedy Airport in New York.

Police sought to arrest Batista at his home in Rio on Thursday, but arrived to find he wasn’t there. Batista had flown to New York earlier in the week.

The warrant for Batista was one of nine issued Thursday in connection with an investigation into the laundering and hiding of about $100 million in foreign bank accounts. Prosecutors allege that nearly $80 million of that belonged to Cabral, who is facing several corruption charges and was jailed last year.

Prosecutors told reporters that Batista paid $16.5 million to Cabral in foreign bank accounts. Officials were investigating what the alleged payment was for.

Batista is best known for amassing and then losing a multibillion-dollar fortune, a trajectory that was widely seen as a symbol of Brazil’s own. After years of surging growth, Brazil is now in a protracted economic recession.

In 2011, Batista was the world’s eighth-richest person, according to Forbes magazine. By 2013, his fortune had crumbled amid debts in his various energy sector companies.