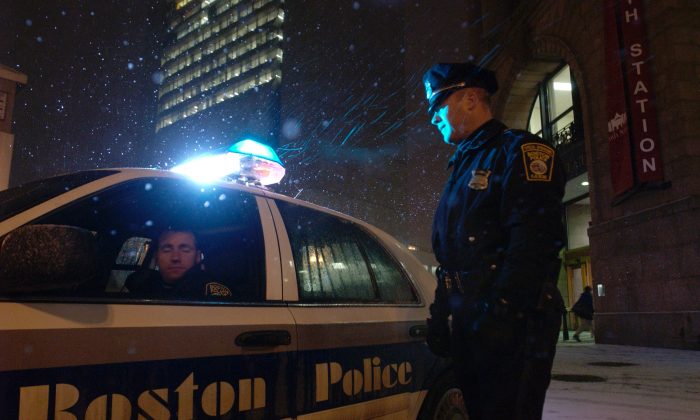 BOSTON—Authorities say six people have been injured in an apparent fight in Boston’s Theater District and police are looking for a suspect they believe was wounded.

The Boston Globe reports that police Superintendent Bernard O’Rourke said officers responded to a report of a fight about 2:15 a.m. Sunday in the district, where bars and restaurants cater to night-life crowds and had just closed.

Police say people were stabbed with knives or bottles, and one person was critically injured.

Emerson College, which has facilities in the area, alerted students that suspects were at large. The school asked students to report any suspicious activity.