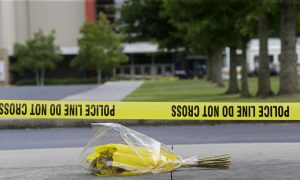 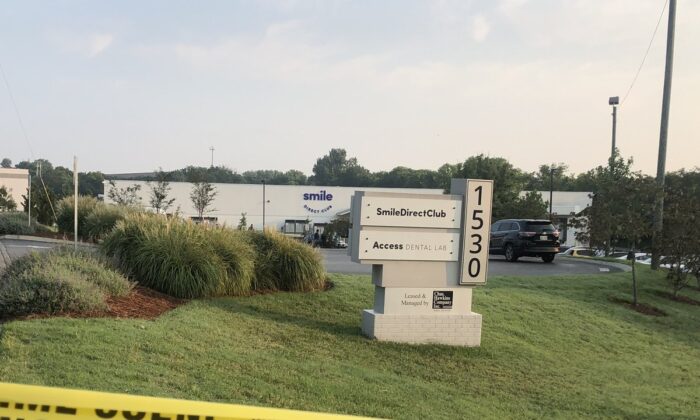 The scene of a shooting in front of the Smile Direct Club in Antioch, Tennesse on Aug. 2, 2021. (@AlexandriaaTV/WSMV via CNN)
Crime and Incidents

NASHVILLE—A gunman shot and wounded three people at a Tennessee business Tuesday and was later tracked down and fatally shot by police after he refused to drop his weapon, authorities said.

The shooting happened at a Smile Direct Club manufacturing facility in Nashville, the state’s capital and largest city.

The suspect had left before officers arrived, but they spotted him at a nearby intersection carrying a semi-automatic pistol with an extended magazine, Nashville police spokesman Don Aaron told news outlets. The suspect was fatally shot after refusing orders to drop his weapon and then directing it at officers, Aaron said.

Police said the suspect is a 22-year-old man who started working at the business in June. His motive for opening fire during a shift change was under investigation, Aaron said.

Multiple shots were fired inside the business, hitting one person in the chest, one in the abdomen and one in the leg, police said. Another employee was injured while running from the gunfire.

It appears the gunman acted alone.

Smile Direct Club said in a statement on Tuesday that it was saddened by the shooting and that company officials were cooperating with police.

The Tennessee Bureau of Investigation will handle the investigation because it involves a police shooting.