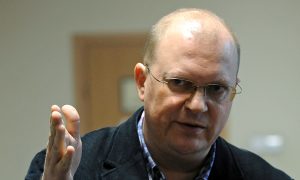 Poland sits at the crossroads of Eastern and Western Europe. Located on the Northern European Plain, the country has a largely flat terrain with few geographic barriers — with the exception of the Baltic Sea to the north and the Carpathian Mountains in the extreme south.

From the 15th to the 18th century, Poland was among the largest and most influential states in Europe. As the leading power of the Polish-Lithuanian Commonwealth, Poland controlled territory that includes modern day Belarus, Ukraine, the Baltic states, and parts of western Russia.

However, the emergence of Germanic powers to the west and Russia to the east proved disastrous for Poland, as the country was partitioned between the Russian, Prussian, and Austrian Empires at the end of the 18th century. Poland was then the setting of numerous wars for influence among European powers, proving a key battleground during World War I and II before being swept into the Soviet bloc during the Cold War.

Poland returned to the Western fold once the Soviet Union collapsed, with the country joining NATO in 1999 and the European Union in 2004. Since then, Poland — with its demographic and industrial core in Warsaw — has been one of the most economically dynamic countries of the former Eastern bloc.

The current crisis in Ukraine, as well as Poland’s continued fear of Russia, has made Warsaw a pivotal player in the standoff between Moscow and the West. The country has sought to strengthen the presence of NATO on its territory and is a key part of the bloc’s ballistic missile defense program. Poland has also sought to bring key countries in the former Soviet periphery, most notably Ukraine, closer to the West. Using these strategies to maintain territorial integrity is Poland’s primary geographic challenge.

“Poland’s Geographic Challenge” is republished with permission of Stratfor.