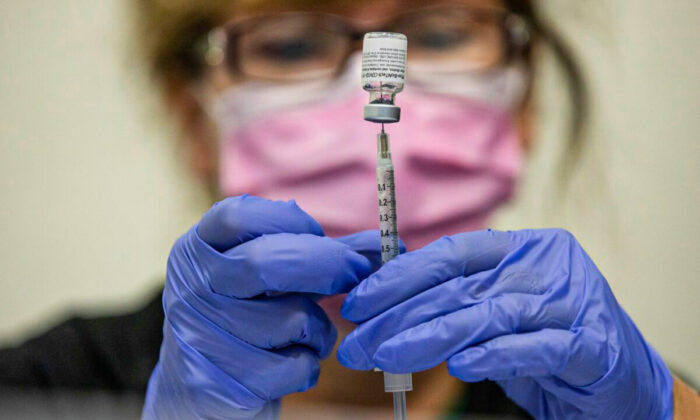 Poland is refusing to accept or pay for more deliveries of the COVID-19 vaccine under the European Union’s supply contract, amid dwindling demand.

The country’s health minister Adam Niedzielski announced the news in remarks on local television on Tuesday.

“At the end of last week, we used the force majeure clause and informed both the European Commission and the main vaccine producer that we are refusing to take these vaccines at the moment and we are also refusing to pay,” Niedzielski told private broadcaster TVN24.

Poland, alongside other members of the European Union, had been receiving doses of the COVID-19 vaccine throughout the pandemic under supply contracts agreed between the European Commission and vaccine manufacturers such as BioNTech, Pfizer, or Moderna.

Poland’s biggest supplier is Pfizer. Poland however has seen lower vaccine uptake than most of the European Union, leaving the country with surplus vaccine stock, part of which it has sold or donated to other countries.

Niedzielski said the Polish government triggered a force majeure clause after unsuccessful attempts to renegotiate the contracts. He said the government attempted to spread the 67 million doses it is due to receive this year across 10 years, and to pay only for the doses it has received.

“Indeed, the consequence of this will be a legal conflict, which is already taking place,” he said.

The health minister said Poland cannot directly terminate the contract for the supply of vaccines as the parties to the contracts are the European Commission and manufacturers.

The value of the contract for vaccine supplies to Poland up to the end of 2023 with one producer alone was worth over 6 billion zlotys ($1.4 billion), with over 2 billion zlotys of that for supply in 2022.

Pfizer said its agreement over the supply of its COVID-19 vaccine to European Union member states was with the E.U. Commission.

“Our discussions with Governments and the details of vaccine deliveries are confidential,” it added.

Pfizer’s partner BioNTech only said that Pfizer was in charge of the commercial relationship with Poland.

A spokesman for the European Commission told a press briefing Tuesday it was aware of the situation.

“Member states are bound by their contractual obligations but the commission, of course, understands the difficult position that Poland is in and will continue to facilitate discussion between the Polish government and the company in order to find a pragmatic solution,” Stefan De Keersmaecker said.