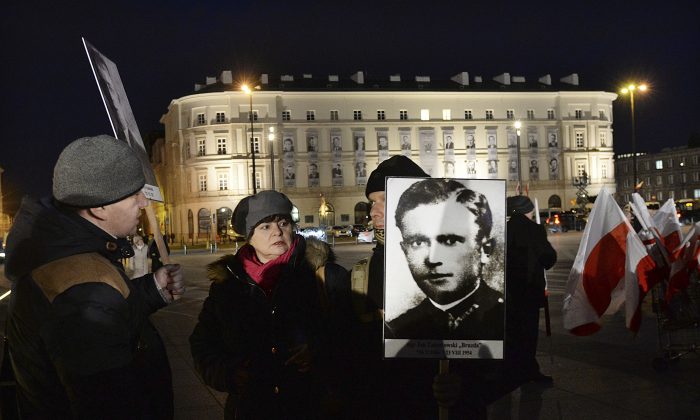 WARSAW, Poland—Poland owes its freedom to the anti-communist fighters who did not lay down arms after World War II, the nation’s defense minister said Wednesday.

Defense Minister Antoni Macierewicz spoke at ceremonies honoring underground Home Army soldiers who fought the German Nazis during the war and continued their struggle after 1945 against the communist regime imposed on Poland at the time.

Many of the fighters were arrested, put on show trials aimed to break the nation’s resistance, and executed by the communist regime, which also erased them from the history books.

After communism was ousted in 1989, Poland has sought to restore their memory. The current, nationalist-minded Law and Justice party government is seeking to build a sense of national pride around their struggle and suffering.

Macierewicz said thanks to them, Poland can now develop and build its independent armed forces.

One of the commemorative events was held at the Rakowiecka Street prison in Warsaw, where many of the fighters were held and killed.