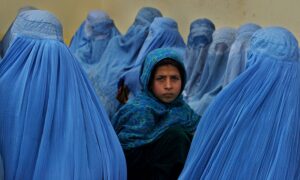 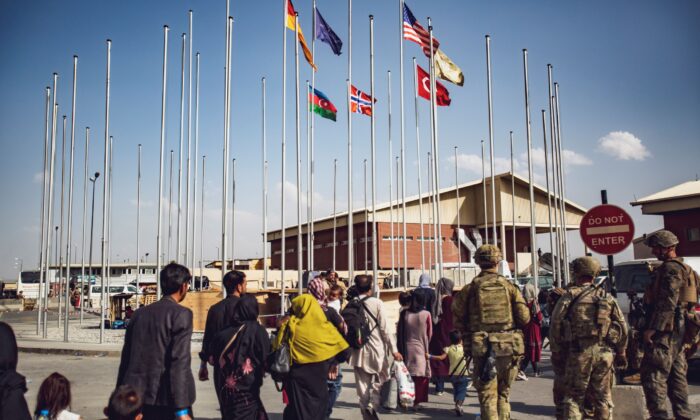 Poland Halts Afghan Airlift Over Safety as US Deadline Looms

WARSAW, Poland—Poland has ended its evacuations from Afghanistan, an official said Wednesday, one of the first Western countries to halt operations helping people flee the Taliban takeover as a full American withdrawal looms.

President Joe Biden declared the day before that he is sticking to his Aug. 31 deadline for completing the U.S. pullout, ramping up pressure on the already risky airlift from Kabul to get out as many people as possible in the coming days. European allies pressed for more time but lost the argument, and as a practical matter, they may be forced to end their evacuations a couple of days before the last American troops leave.

The Taliban wrested back control of Afghanistan nearly 20 years after they were ousted in a U.S.-led invasion following the 9/11 attacks. Their return to power has pushed many Afghans to flee, fearing reprisal attacks from the terrorists or a return to the brutal rule they imposed when they last ran the country.

The Taliban have insisted the airlift must end on Aug. 31. Any decision by Biden to stay longer could reignite a war between the hard-line Islamic group and American troops and other coalition forces who are running the airlift at Kabul airport.

Marcin Przydacz, a Polish deputy foreign minister, said that a group of people taken from Kabul who are now in Uzbekistan was the last evacuated by Poland. He said his nation made its decision to not continue operations after consulting with the U.S. and British officials.

“After a long analysis of reports on the security situation we cannot risk the lives of our diplomats and of our soldiers any longer,” Przydacz said.

A number of troops will remain briefly to wrap up operations, Przydacz said. Poland has used over a dozen planes to bring hundreds of evacuees to Warsaw. Some later traveled on to other countries.

Chaos at the Kabul airport has transfixed the world after the Taliban’s blitz across Afghanistan saw it seize control of a nation that received hundreds of billions of dollars in reconstruction aid and security support since the 2001 U.S.-led invasion.

Afghans poured onto the tarmac last week, and some clung to a U.S. military transport plane as it took off, later plunging to their deaths. At least seven people died that day, and another seven died Sunday in a panicked stampede. An Afghan security force member was killed Monday in a gunfight under unclear circumstances.

Thousands have thronged the airport in the days since, and the United States has been rushing to evacuate as many people as it can, relying on its Gulf Arab allies to temporarily house Afghans and others fleeing. On Wednesday, a group of 51 people landed in Uganda, which became the first African nation to host evacuees.

European nations, including American allies Germany and the United Kingdom, had pressed for a longer window to continue evacuations past the deadline next week. CIA director William Burns even traveled to Kabul on Monday to meet the Taliban’s top political leader. However, Biden has stuck to the August date, even after an emergency online summit of the Group of Seven nations.

“That the overall deployment literally stands and falls with the stance of the militarily strongest member of the alliance, the U.S., was always clear to us,” German Chancellor Angela Merkel said in a speech to parliament.

“We will continue the evacuation operation for as long as possible, in order also to make it possible for Afghans who worked with us for security, freedom, the rule of law, and development to leave the country,” she added.

She did not give a date for when the last German evacuation flight would leave but said that even after that effort ended, the country would work to see “how we can then create ways in which we can continue to protect those who helped us, among other things through civilian use of Kabul Airport.”

For now, the U.S. military coordinates all air traffic in and out of the Kabul airport. Taliban spokesman Suhail Shaheen wrote on Twitter that they planned to allow people to fly out of Kabul airport via commercial flights after the August deadline.

However, it remained unclear what commercial carriers would immediately resume flights to an airport fully under Taliban control.

While the final deadline is just over a week away, analyst Patricia Lewis said the practical deadline for the evacuations to stop was “the next couple of days.”

“You can’t just say, ‘OK, midnight, we’ll stop now, we’ll just pack up gently,'” said Lewis, who is the director of the international security program at the Chatham House international affairs think tank. “There’s a huge amount of stuff that has to be done, including getting all the people out who are doing the job and all the equipment.”

“All of the allies are highly dependent on the U.S. for military cover, particularly air cover,” Lewis said. “They can’t put their own people at risk, so it really depends on when the U.S. starts packing up.”