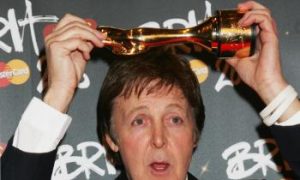 WARSAW, Poland—“So, how was it?” a friend asked shortly after I had returned to Warsaw from Krakow last Sunday.

“It was …,” I began and drew a blank. I picked through the memories of the bygone weekend to pinpoint an adjective that would do it justice. Krakow, that is, the city in southern Poland that had been its capital for around 140 years longer than Warsaw has been.

Unusual sprung to mind, but I judiciously filed past it, well aware that this impression was largely attributable to the eccentric art historian-guide who chaperoned me around its historically exquisite landmarks.

The first port of sightseeing call that he took me to was a humungous field, empty save for a big granite rock near the sidewalk on one of its sides. Except that it was, “NOT just a field!” as my guide was quick to point out (and reiterate at least 15 times throughout the day) when I ventured the obvious.

“Cow pasture?” I tried to lighten the mood and gave him an impish grin.

“This place is a legend,” he replied drily, and went on to tell me that Blonie, which is the proper name for this 48-hectare tract of greenery in the middle of the city, was where the late Pope John Paul II—a Pole—held a series of open-air masses attended by millions. One of the most famous took place during his 1983 pilgrimage to Poland, which was then in year two of an oppressive communist military dictatorship, and is iconic in terms of its significance for the communist resistance movement.

Magical, I thought, might be more appropriate to describe Krakow, but before the word left my mouth, it had already petered out into a pensive “hmmm.” Magical somehow seemed a bit flaky, particularly in light of the several pop-mysteries associated with our next destination, the monumental and very impressive Wawel Castle. Situated on a hill overlooking the Vistula River and starting out as a bustling trading settlement dating back to the Paleolithic Age 50,000 years ago, the castle has experienced its share of ups and downs, at one point even being used as an army barracks by Austria.

The first mystery has to do with an ancient tale, which says that the Hindu god Shiva cast seven magical stones—the Chakram—into seven parts of the world, one of which landed in Krakow (the remaining six reached Delhi, Mecca, Delphi, Jerusalem, Rome, and Velehrad in the Czech Republic). While the curators of the museum, which Wawel has become, will have none of it, champions of this legend speak of scientific research that proves that the energy-giving Chakra lies under one of its walls and congregate there gleefully absorbing the energy.

The other legend has to do with a fire-breathing dragon, which could only be appeased by gobbling up young women, compliantly offered in sacrifice by the locals. No brave knight had been able to defeat the menace and it was only when the king offered the vanquisher his daughter’s hand in marriage (legend has it she was the only remaining young woman in the city, all others having been consumed by the ill-tempered dragon) that the smarts of a young cobbler prevailed. Apparently he defeated the dragon by baiting it with a poisoned sheep’s carcass and then lived happily ever after with the king’s daughter.

Now there’s a statue of the dragon by a cave said to be its historical lair. Every five minutes it breathes fire, to the great amusement of tourists of all ages, myself, and my otherwise very serious guide, included.