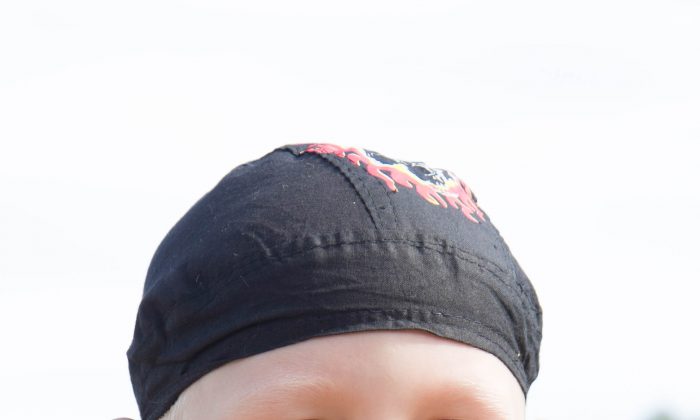 MATAMORAS—It was a brisk, sunny day and a good cause that brought 30 motorcyclists to Airport Park on Sept. 27.

The ride, called “Rollin’ for Derrick,” was a poker run for a six-year-old Matamoras resident who was diagnosed with Leukemia last year. The ride raised over $800 for his medical expenses through entrance fees, a raffle, and tricky tray.

The day started out with a 76-mile ride through Pennsylvania with four stops along the way. At each stop, bikers picked a card from a deck, and at the end of the ride, the person with the best hand won a prize.

This is the second fundraiser for Derrick that Matamoras resident and councilman Kevin Rose has done. In July he organized a truck pull that raised $1,800 for Derrick’s medical expenses.

It’s overwhelming to have so many people who care so much
— Summer Peterson, Derrick's mom

“It’s overwhelming to have so many people who care so much,” said Summer Petersen, Derrick’s mom. “It’s great to know the community is so supportive.”

Derrick’s immune system is low because of chemo treatment he received last year when he was not in school. He is in school this year, but regular trips to Westchester Medical Center have made it hard for Summer to work regular hours.

Derrick has been “handling it like a trooper,” she said, and has been doing very well with the chemo treatment. The cancer is in remission now and he is in a maintenance phase, Summer said. Derrick is expected to remain in this phase until Oct. of 2017.

As for Derrick, he was just excited to ride a motorcycle, his third time, he said.

As the bikers came back from their ride, Derrick led the pack on Councilman Rose’s motorcycle into Airport Park where lunch, music, and prizes awaited them.