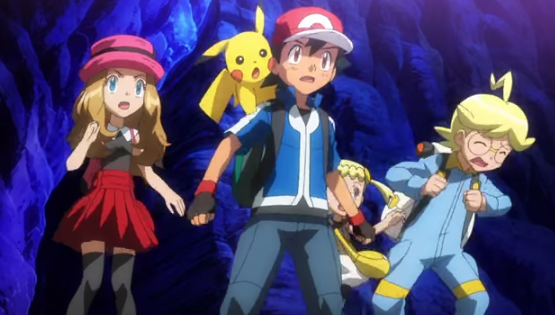 The trailer for “The Cocoon of Destruction of Diancie,” the Pokemon X and Y movie, has been released.

The 90-second video was released in Japan only.

It showcases a number of starter Pokemon as well as Yveltal, Xerneas, and Diancie.

The movie will also feature characters such as Ash, Bonnie, and Serena.

The film will be released in Japan this summer and will appear in the United States on Cartoon Network in October.

The movie focuses on Diancie as it loses control of a holy diamond, prompting chaos.

Diancie seeks the help of the legendary Xerneas, but is opposed by Yveltal.

“Diancie is an extremely rare Pokémon, created when Carbink undergoes a strange mutation. Its glittering pink body is said to be the most beautiful sight in the world,” it said.

“Diancie can create diamonds out of thin air by compressing the carbon in the atmosphere with its hands. It uses these jewels in battle to attack enemies and protect itself.”